I've been super quiet this year, haven't I? There's lots of things in the pipeline, but they are mostly mouse houses like this one to sell at Aquafest (as an aside, after making 15 more of them and realising they need whiskers, my own little mousie now also has whiskers. An oversight in whiskerage that he felt most while being Santa).

But I have been doing other things as well, the main one being a little Doozer! 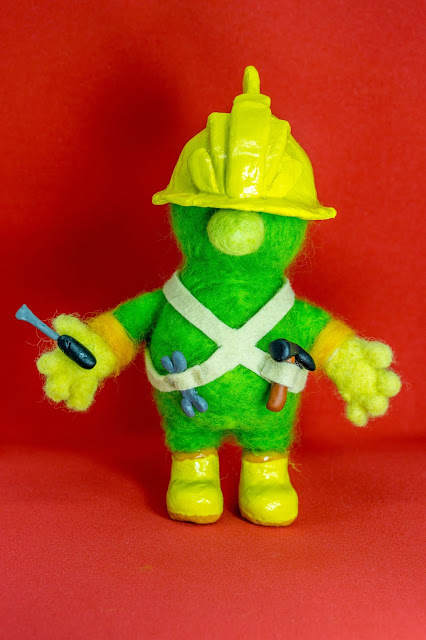 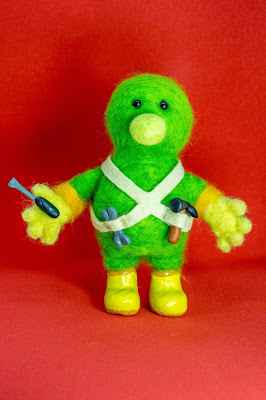 I think he looks quite nervous about his first day of doozing. 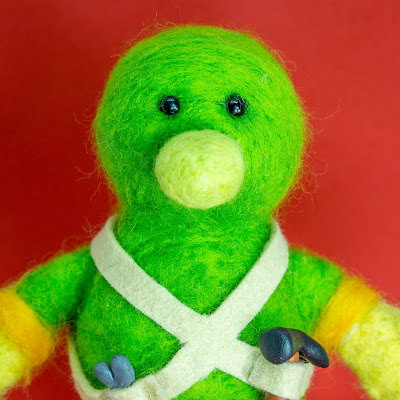 But does feel a lot more confident with his helmet on 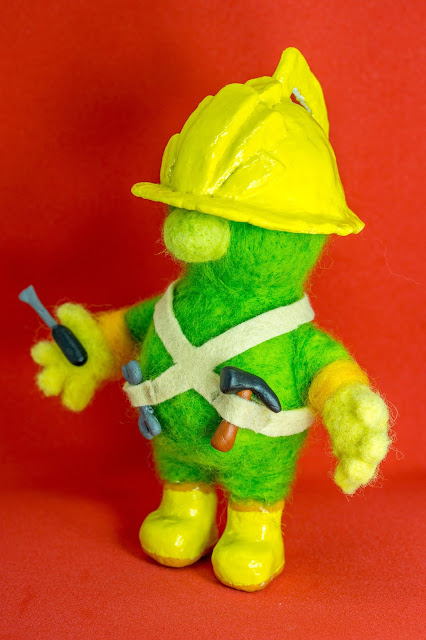 Not all that clear here but he has a little tail nubbin (as all Doozers do, we discovered while googling "Doozer butts". Totally for accuracy purposes. Honest.) 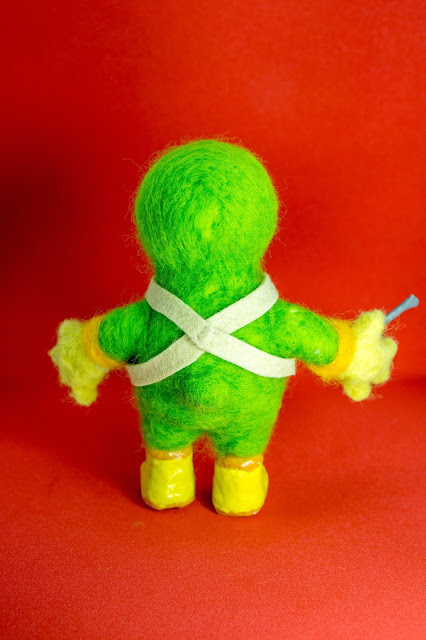 Look at his little newbie-Doozer starter tools! This was my third attempt at making tools for him, the first were teeny tiny small, the second much too big, these are the Goldilock tools. 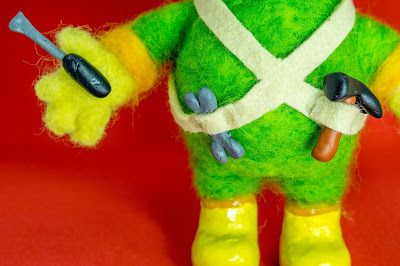 I also made a pair of slippers from an old beloved shirt. Gracefully modelled by Dan. 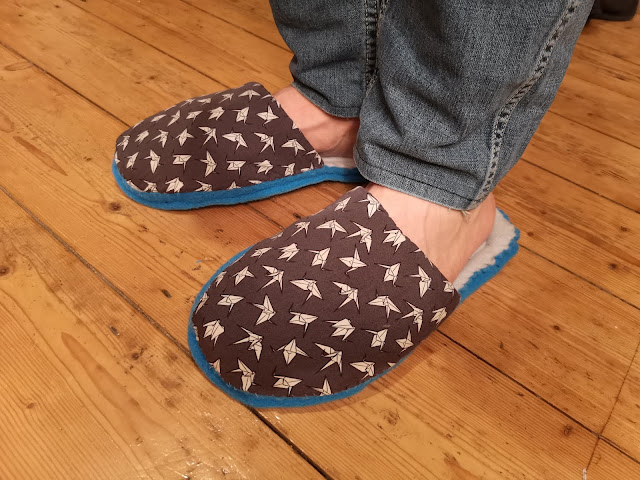 Posted by minipoppy at 1:20 PM No comments: