Penguins of the North! 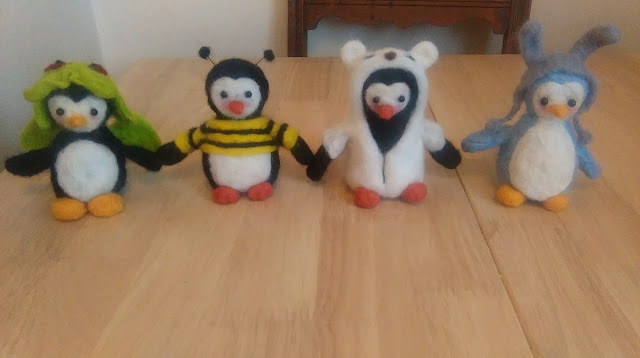 This guy only heard quite recently that it was a fancy dress kind of a penguin army so his costume is a bit half-arsed. You know how it goes. 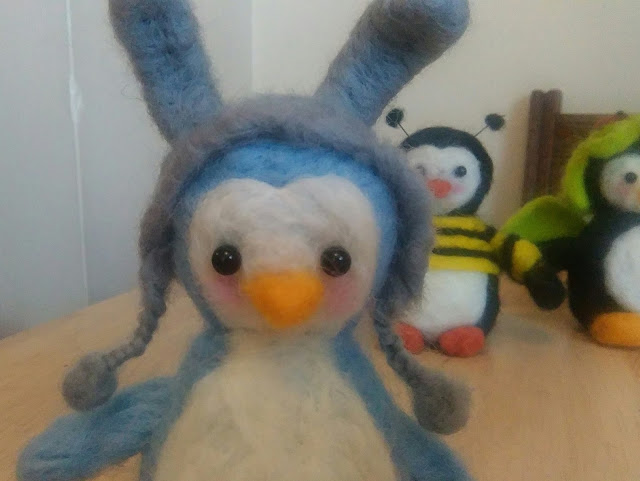 Fluffy tail. He did at least manage a fluffy tail. 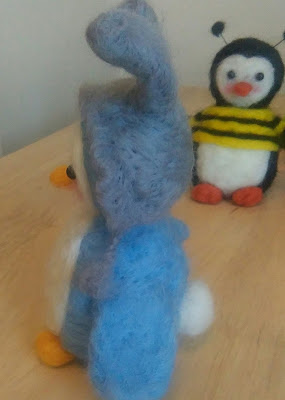 Oh which reminds me, I was at work on Thursday contemplating journals when it suddenly hit me. Little Bumble dude would definitely have strap on wings. So here's some, made from fantasy film 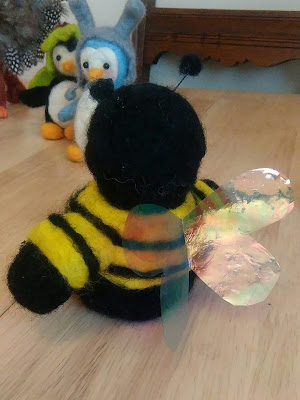 I really like cthulhu chap but it is hard to work out in this picture what is going on. He has strap on wings and a hat with laplander flaps and tentacles on the brim. I was possibly a bit ambitious... 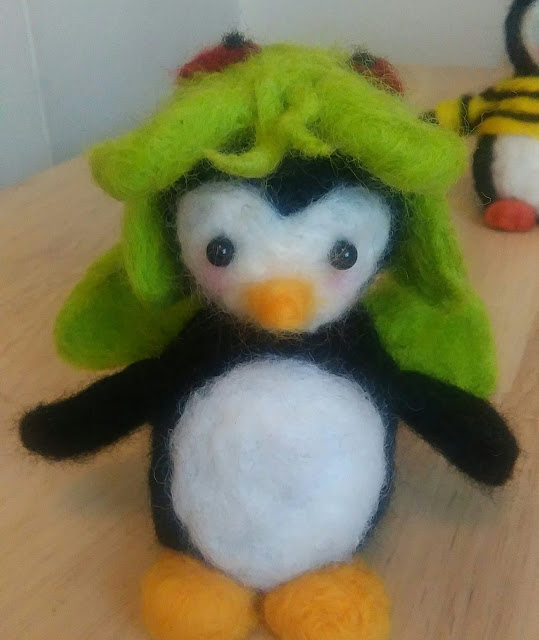 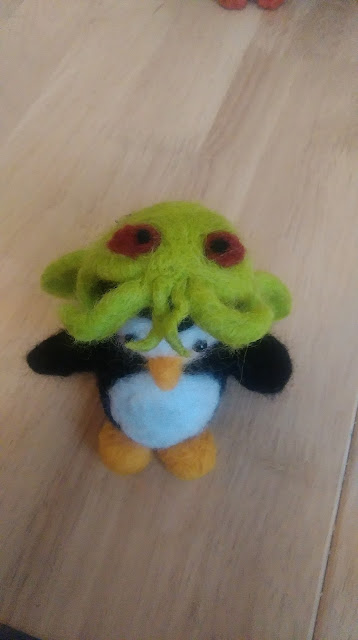 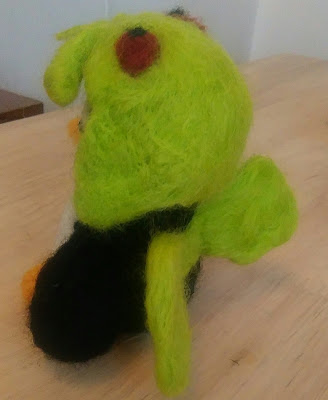 This guy won't be in the Army for long, he is going to a friend who needs something to smile about.
My way of cheering people up is giving them penguins in polar bear all-in-onesies. 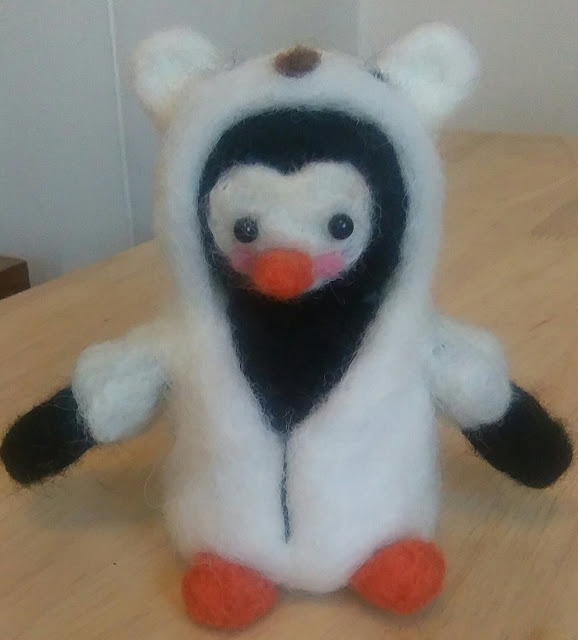 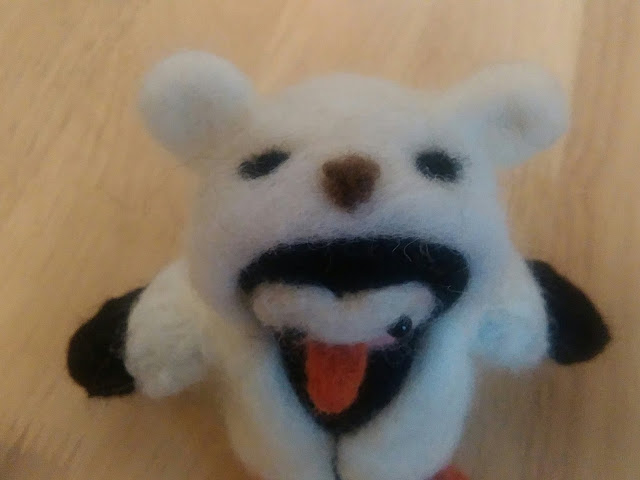 Not since jerk calf baited the ducks into all out warfare has there been a battle of such immensity as that which is currently being played out on my dining table.
Sad dragon is a little worried that he is going to have to fight that gryphon. He wants to fly away but he remains, faithful to Yoda. 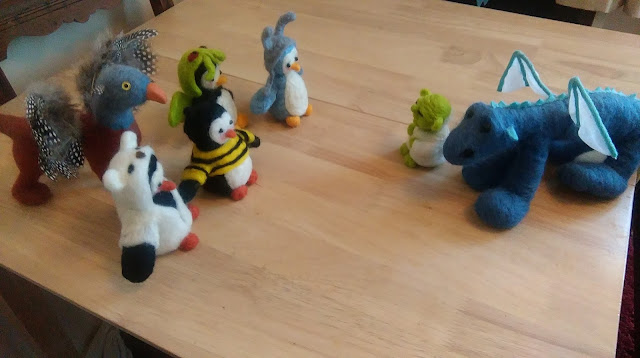 Posted by minipoppy at 10:19 AM No comments:

Well this is a bit more fun, perhaps I should have spent the weekend making an army of penguin bees. 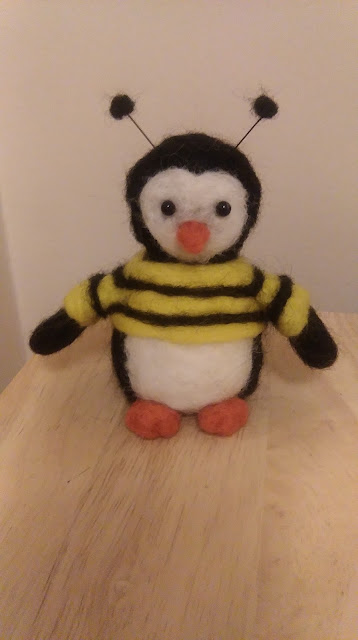 I was going for the look that he was wearing a jumper but because of his big fat belly it was riding up, I think it kind of worked. 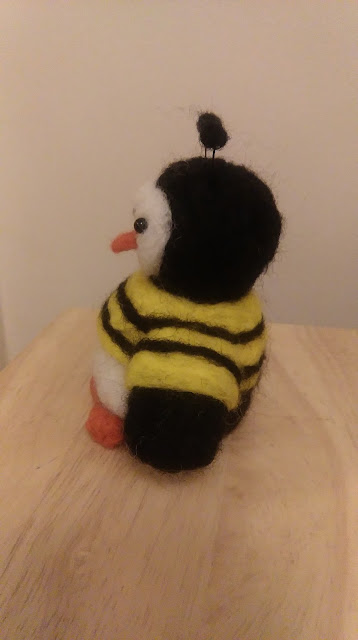 He is wearing a headband with little bee antenna as part of the costume. Obviously. 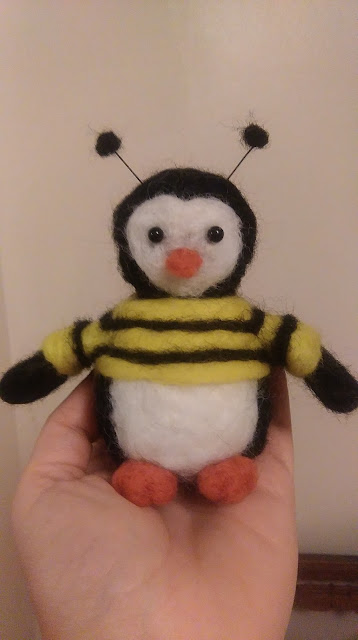 Posted by minipoppy at 10:25 PM No comments: