So, I was happily making a cute octopus in a leather gimp suit and Dan assimilated him. 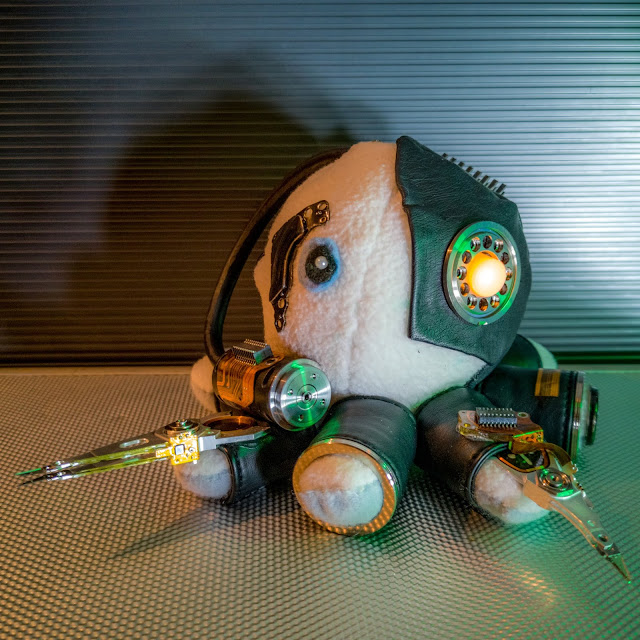 He has some serious hardware on him, he's quite a heavy little squid drone. 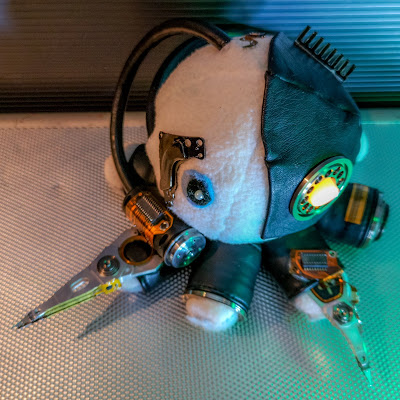 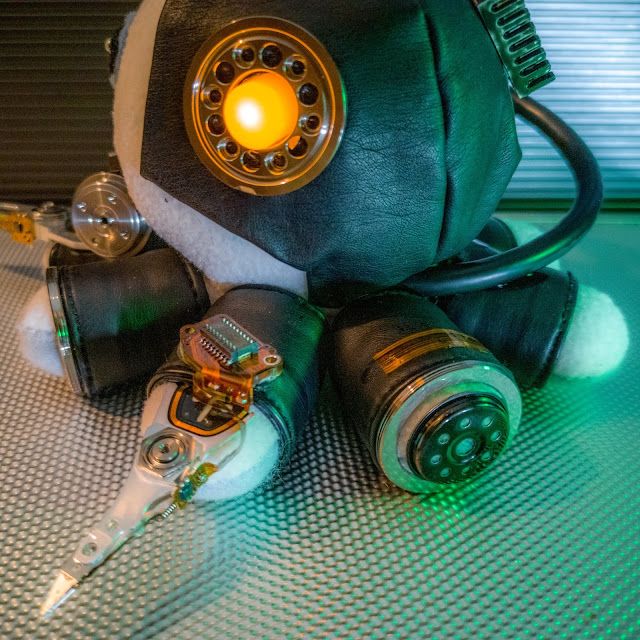 Back of his head (body?) with all the gnarly wires going into his cephalopoddy noggin 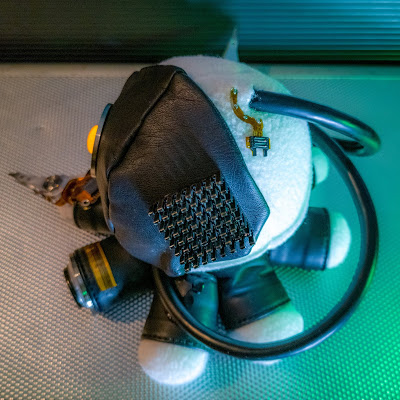 The green light in the photos was inspired, no? 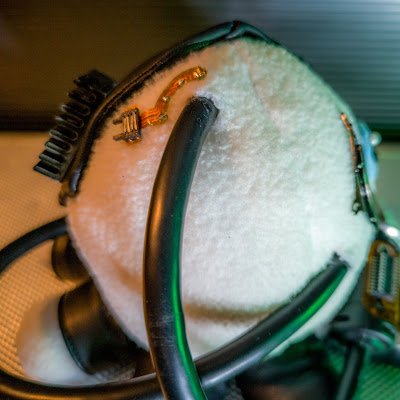 We have called him Eight, after Voyager's Seven (of Nine) 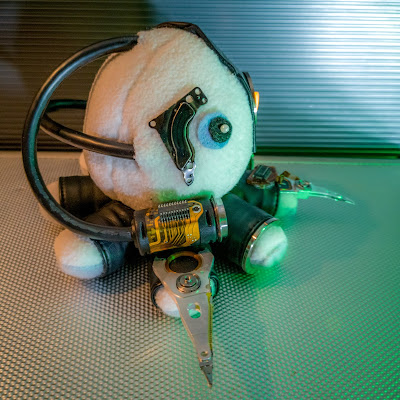 Two of his borg-transplant tentacles. (Some of those tentacle transplants are titanium!) 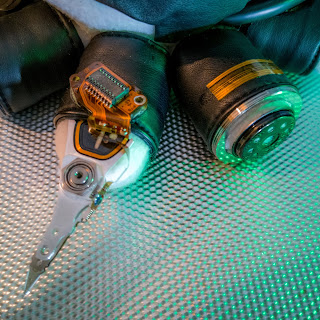 The discussion has raged on for a while here as to whether the Borg would really bother assimilating octopodes. The unanimous conclusion was: "yes, yes they would". 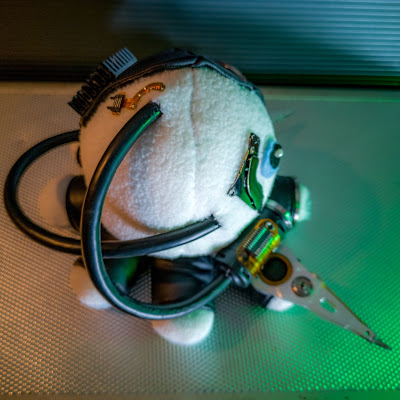 Posted by minipoppy at 10:40 PM No comments: