Keyrings and a giveaway [edited with pictures]

The more observant of you will have noticed a proliferation in my posts of late. I wanted to do a bit of a build up to the one year anniversary, on March 1st. After that, I plan to still make things but to spend a bit longer perfecting them, possibly even doing prototypes before! There are also a few bigger projects that I would like to try that would involve learning new skills.

Anyway, to celebrate one year, I'm going to do a little give away.
Would you like a keyring of your choosing?

Leave a message in the comments field with your idea for a keyring and I will choose one or two that tickle my fancy/I can work out how to make and I will make it for you! I'm happy to post so don't worry if you aren't in Cambridge or the UK.

Get your comments in before the end of Saturday and I will choose my favourite. 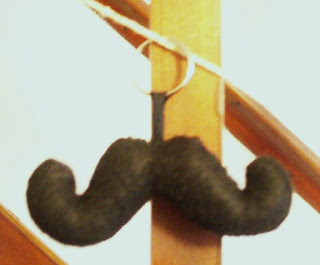 Calcifer from Howl's Moving Castle. No matter what setting I used on my camera it would never pick up all the colours. He is yellow, orange and red. 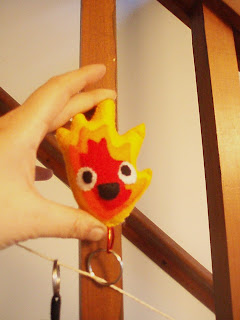 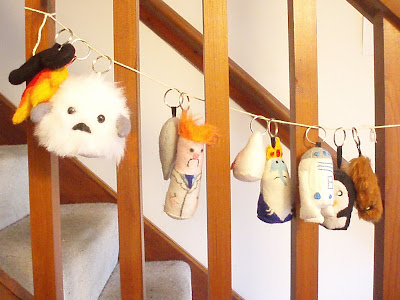 Email ThisBlogThis!Share to TwitterShare to FacebookShare to Pinterest
Labels: keyrings 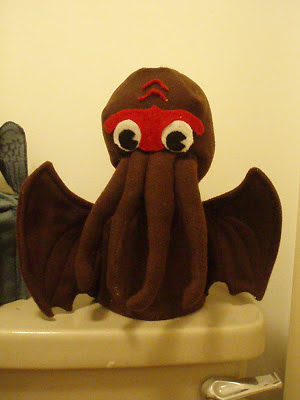 I now have the world's scariest toilet. 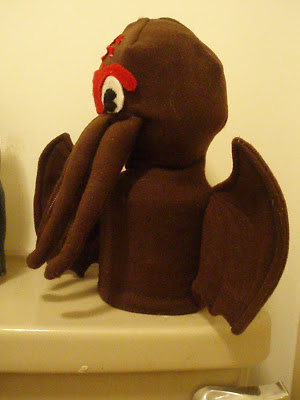 Posted by minipoppy at 9:46 PM No comments:

Ladies and Gentlemen, I give you: the Weeping Angel Toilet Roll Cosy.

The ploy is to literally scare the shit out of the toilet-goer. My bathroom light takes a few minutes to brighten up so any nighttime trips to the toilet are conducted in a semi-twilight lighting with long shadows. With this li'l lady guarding my cistern, I may have to invest in a bedpan.

BTW, I was too excited to finally finish this to get a good picture, so I may have to repost with better pics! 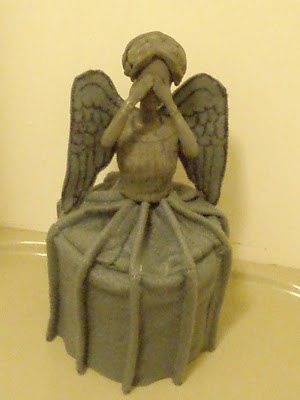 Posted by minipoppy at 9:13 AM No comments:

This doll was made a while ago and was going to be the first in a series of Star Trek TNG, but last night, fuelled by my inability to watch The Big Lebowski, I decided to dudify him. 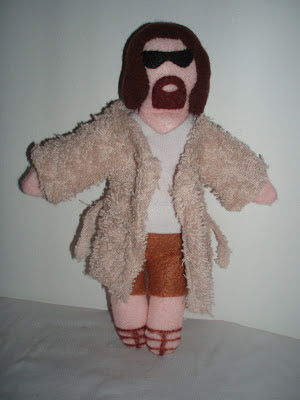 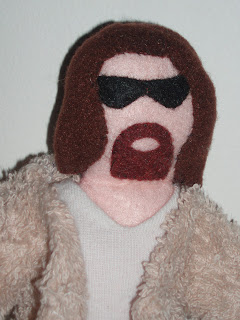 The robe comes off... 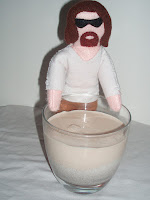 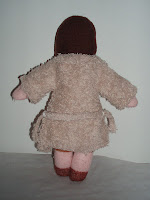 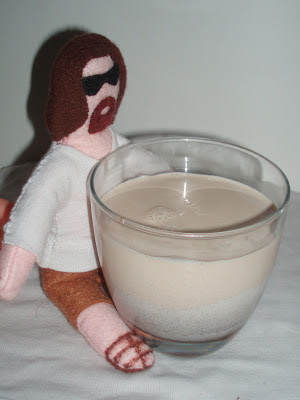 Posted by minipoppy at 3:47 PM No comments:

Who wants to play video games? 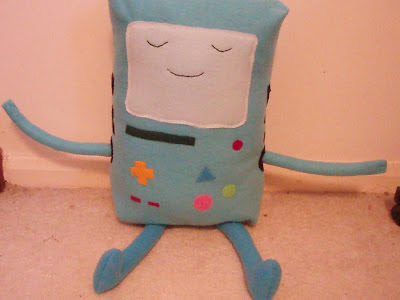 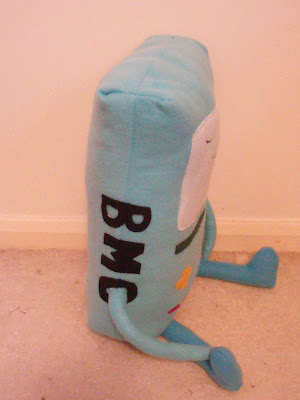 BMO loves Ice King! Well, he doesn't, but it makes me even more determined to make a NEPTR at some point. 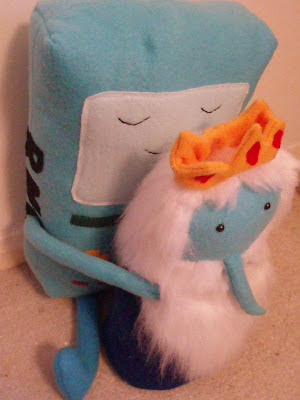 Posted by minipoppy at 12:15 PM No comments:

Despicable Me and a fluffy wampa

A Despicable Me hat, for the father. In retrospect I think the flaps should have been blue to mimic the dungarees but never mind. 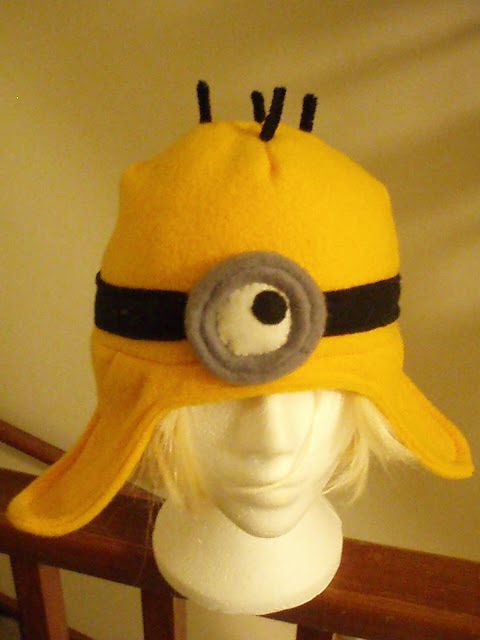 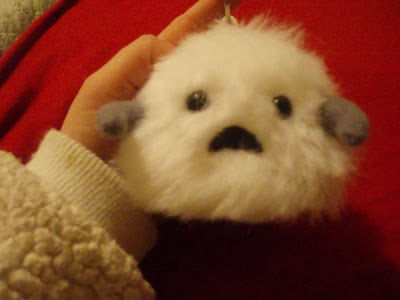 I was going to add teeth/blood to his mouth, but I rather liked that it looked more like a mustache than an angry mouth. 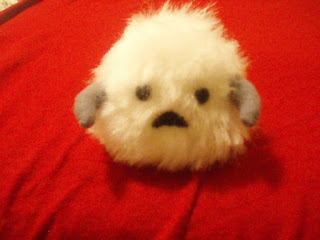 Posted by minipoppy at 5:54 PM No comments:

I didn't really get much time to get very good pictures of the cakes, but here is a close up of a rose on top of the vinegar cake 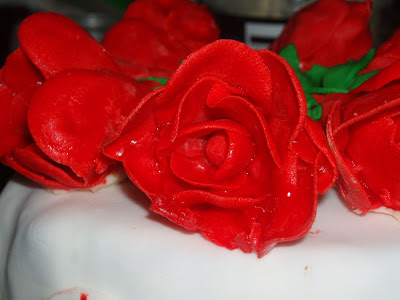 The underwhelming topping of the lemon and white chocolate cake, with layers of lemon/grapefruit curd and caramel 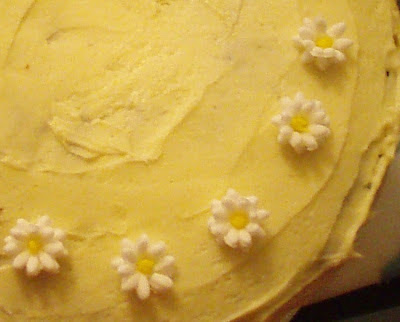 A messy side of the cake.. 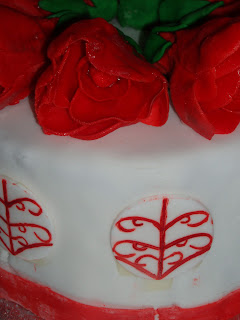 Posted by minipoppy at 10:35 AM No comments:

So, yep, I make pinatas now. Or one, anyway. Suspect it would have been more fun to do in the summer when I can leave him outside to dry. 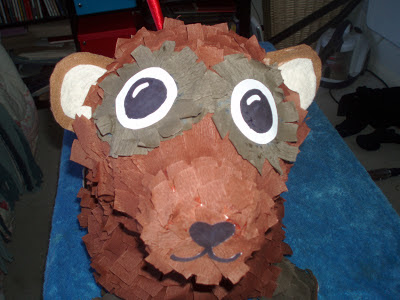 Note to self, buy pinata stick so that you aren't sawing up an old chair 10 minutes before the taxi arrives, in your party frock, using a bread knife as a saw. 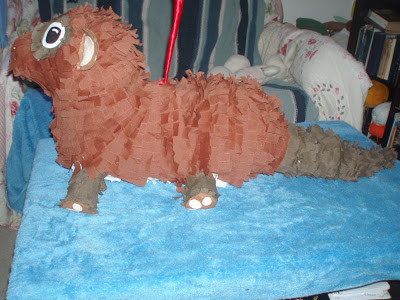 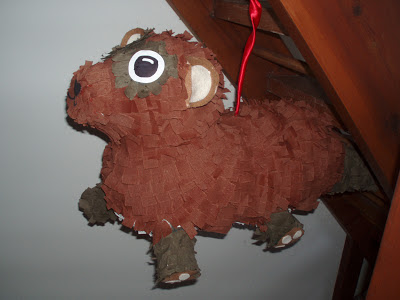 A couple of prototype dolls. I think if I make more I'd make them a little larger, although I do like that they sit in your hand.

Said Hamlet to Ophelia,
I'll draw a sketch of thee
What kind of pencil shall I use
2B or not 2B? 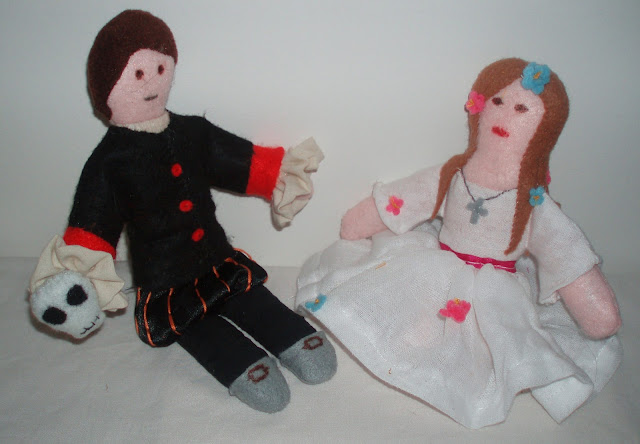 Hamlet is in mourning so his outfit is mostly black, but he still has to appear in court and he is sick of Claudius saying stuff like to persever in obstinate condolement is a course of impious stubbornness so he is wearing his blackest courtly jacket. But he wants you to know, he totally isn't feeling the red today.

My sleeve ruffs are marvelously over the top. I did think about redoing them a bit smaller, but damnit, I think they are cute! 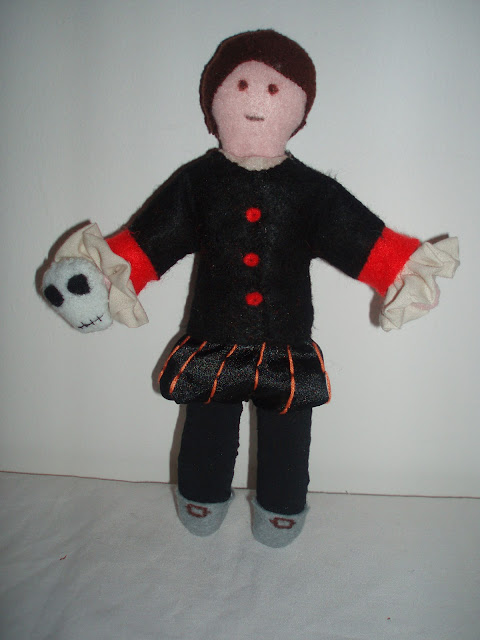 Ophelia's crown of flowers broke and they are all over her dress and in her hair now. Also, she still wears her cross although she is starting to feel somewhat forsaken. 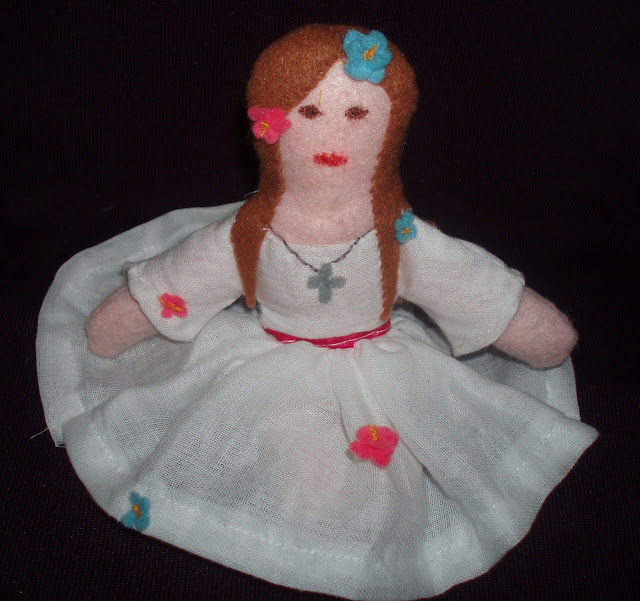 Face down in the black black water perhaps? 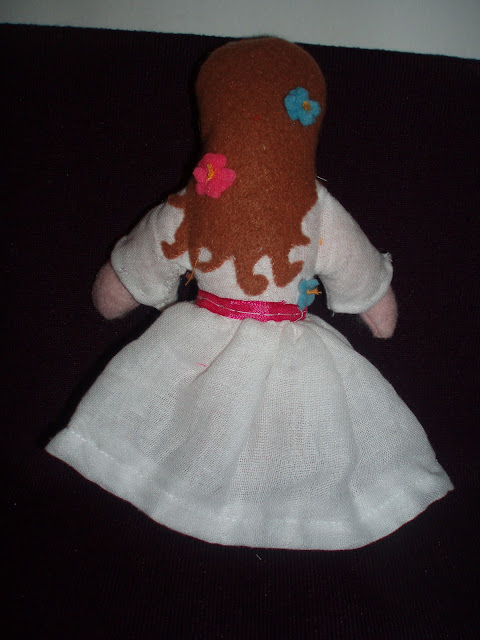 They aren't perfect but look at those little breeches! Also, no gibes, gambols or songs for the chap on the left. Not now. 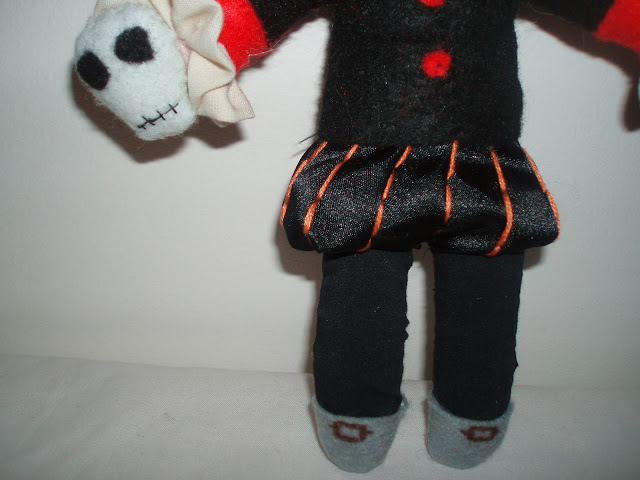 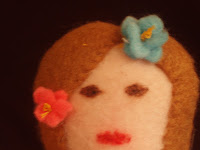 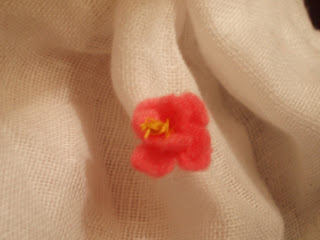