I seem to be the only person who has thought about making a mobile of the Up house, which I really can't understand.

I got half way through making a felt house and then decided I could get more details on a fimo house. Not sure I made the right decision, but they seemed happy anyway. 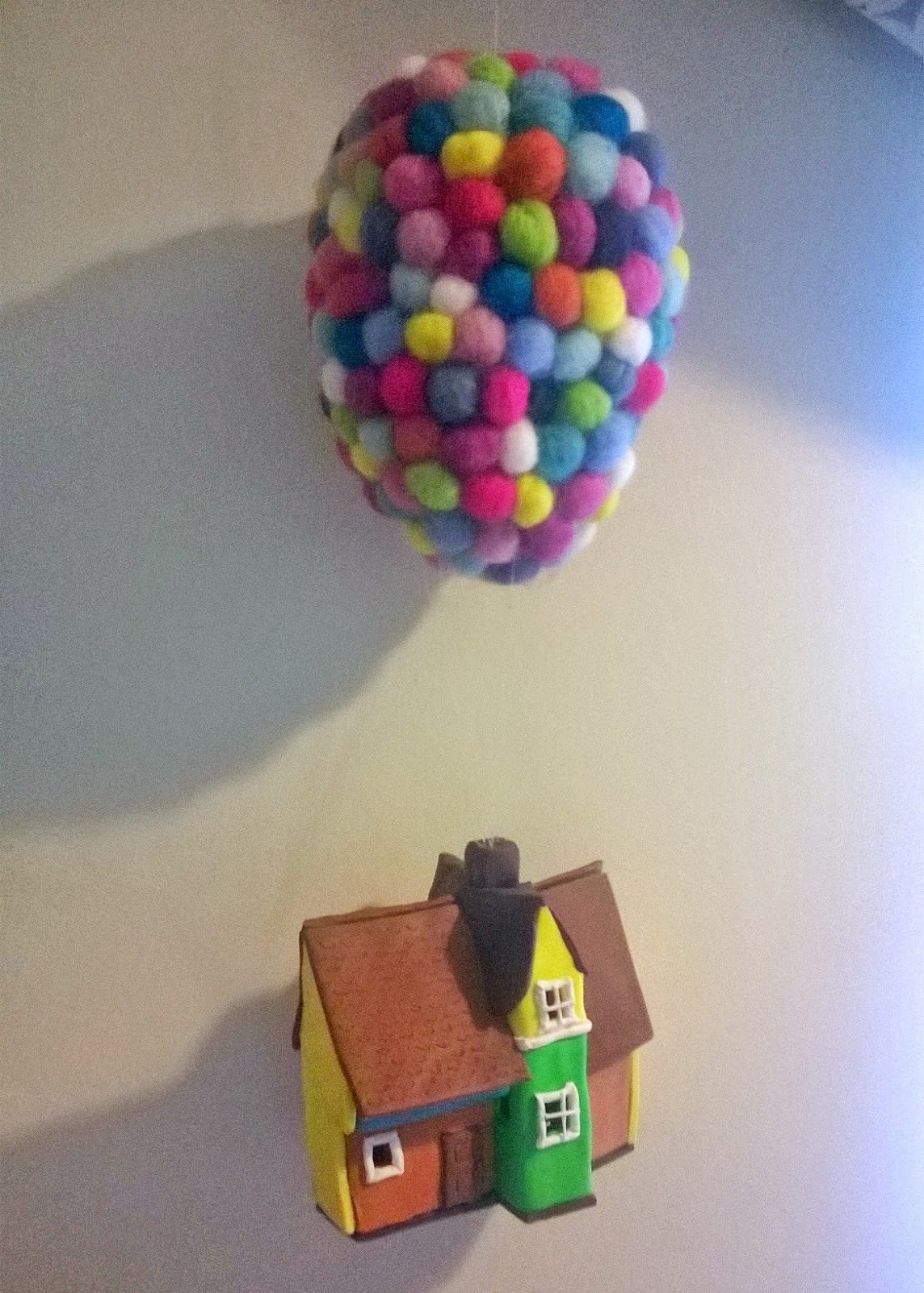 It is on a bit of a slant in this picture. 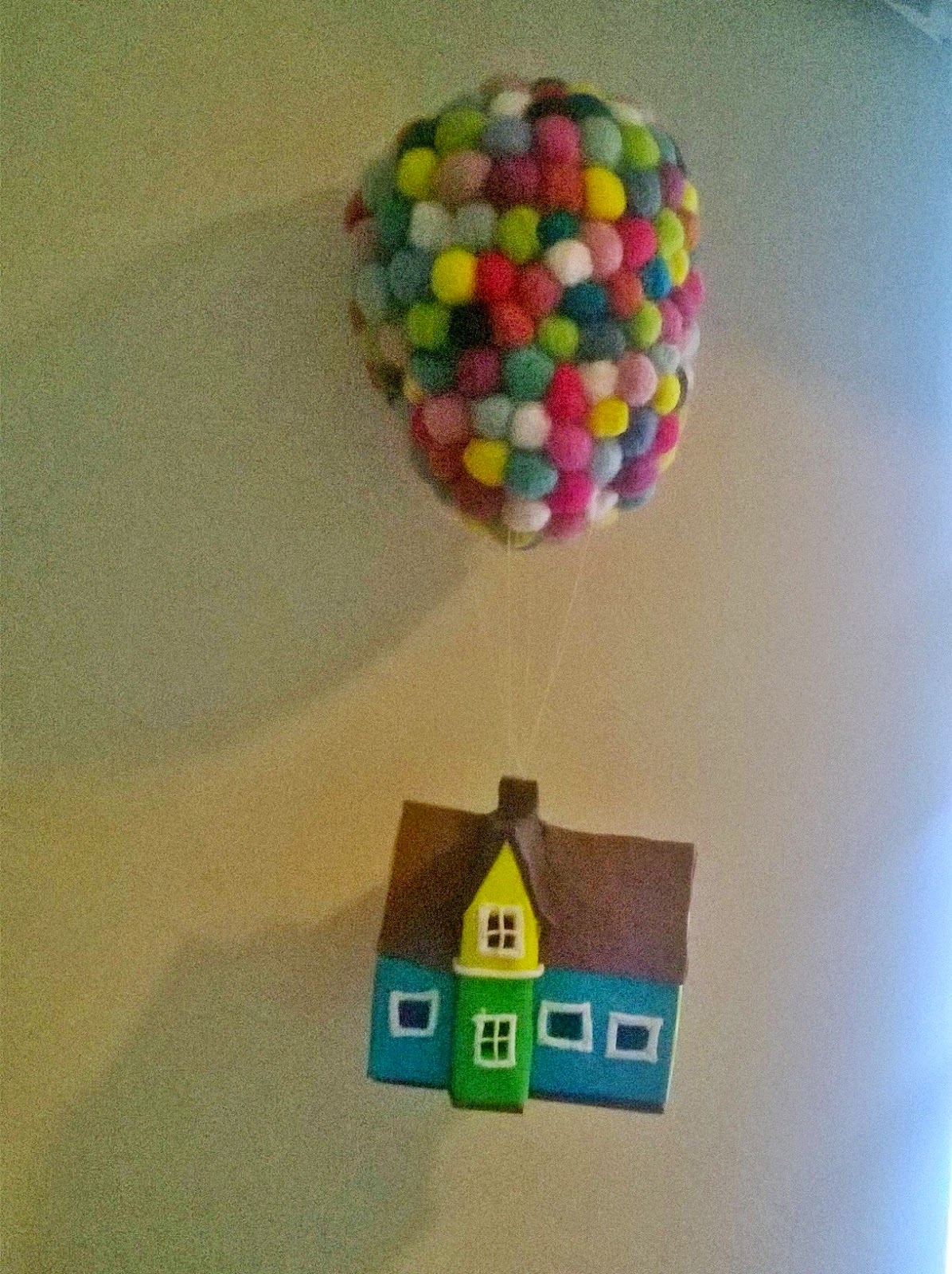 I had a lot of fun needle felting the balloons. 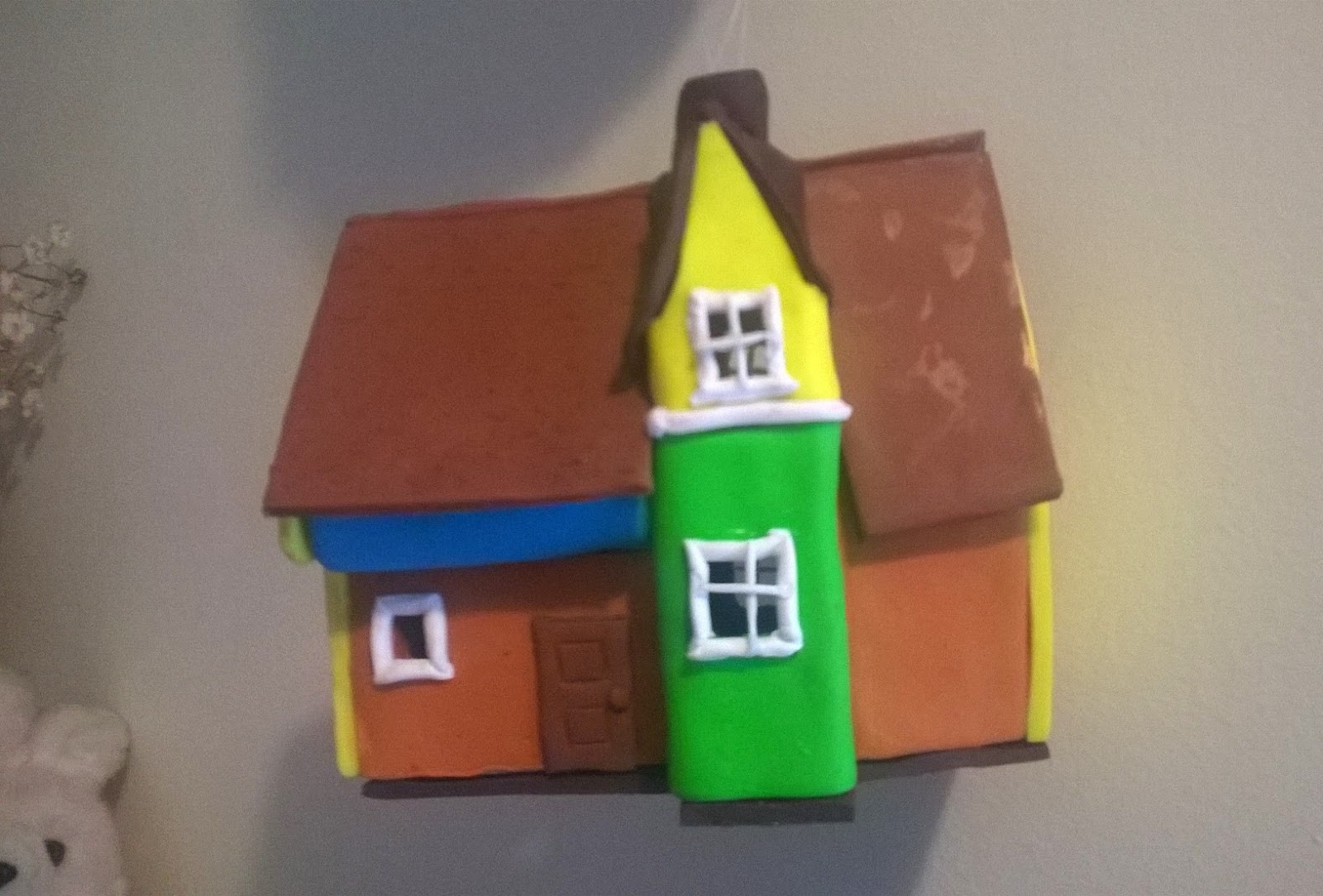 Posted by minipoppy at 2:14 PM No comments:

Breaking Bad, MLP and an ewok

I had the best Christmas this year. My brother flew over from America for 24 hours to surprise my parents. This is why I have been making presents for my nieces and nephew.

Well, here's the last of them. And by the way, the title of this post made me wonder if there was a MLP/BB crossover and yes, of course there is.

Rarity. Her mane wasn't great, but I've really had a busy couple of months and I ran out of time to remake her. Next time I should probably use a pattern. 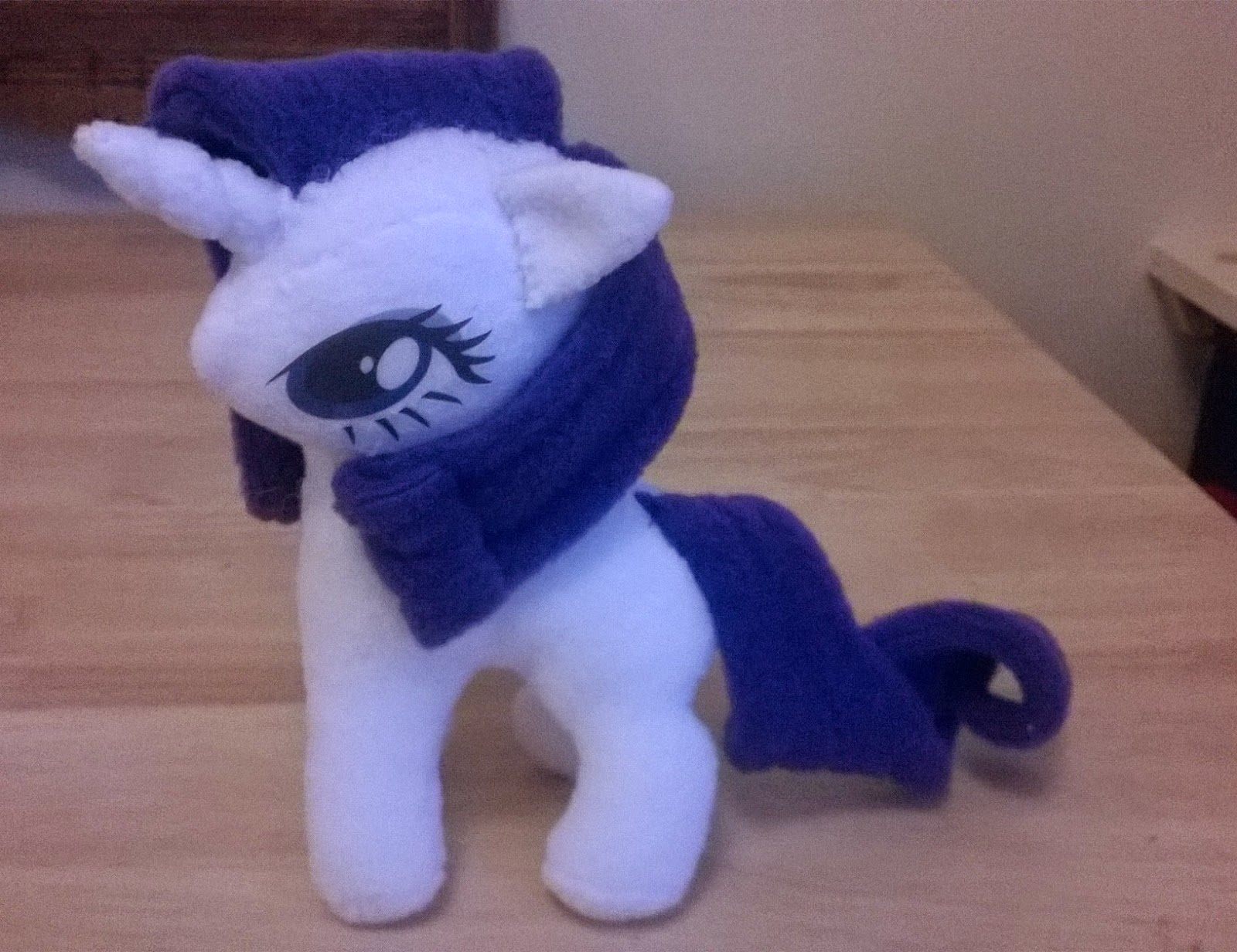 I thought they only had a cutie mark on one side, but that apparently is only the old style toys. So I suppose it would make sense that I would think that, as I used to have ponies when I was young. 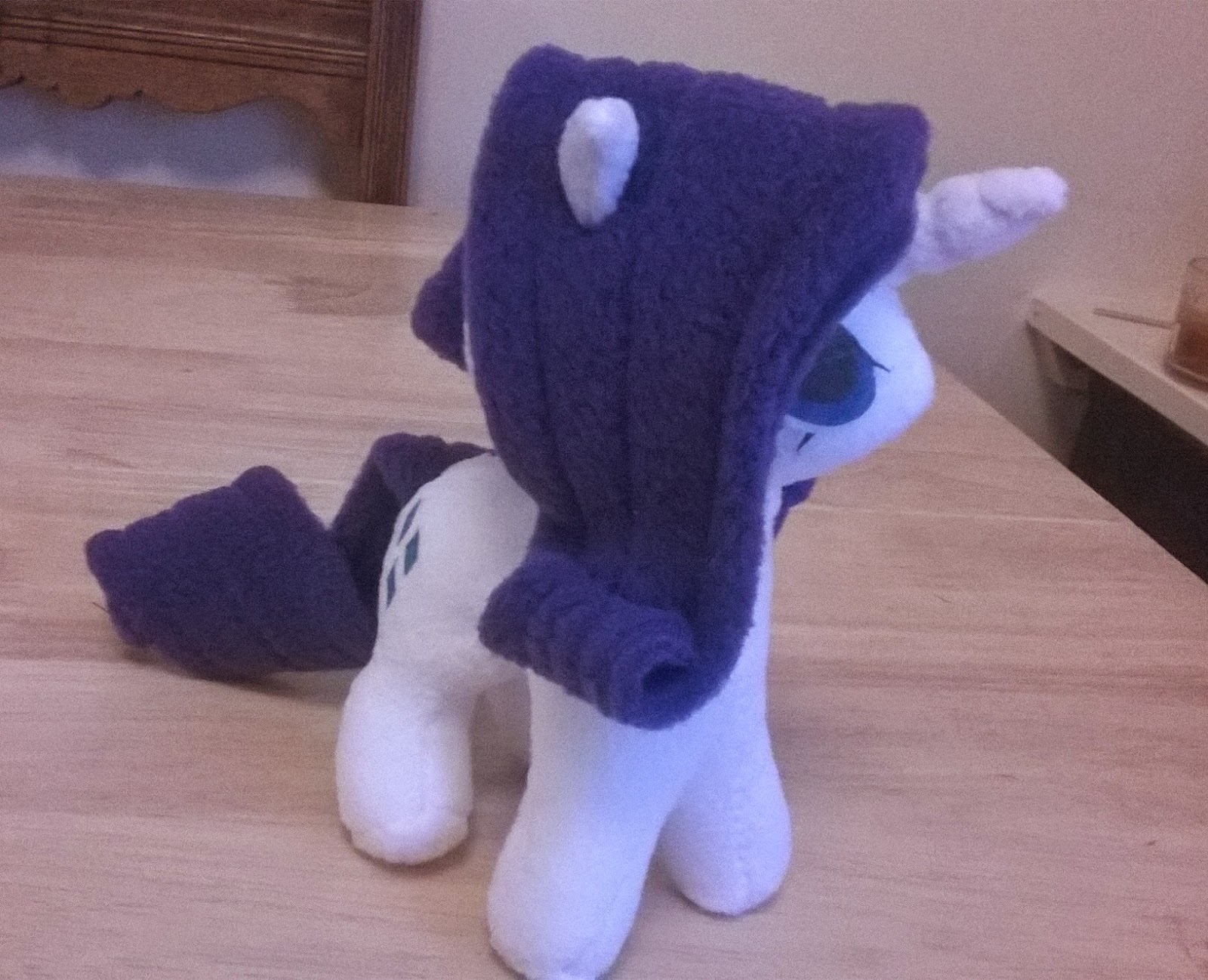 Her head is slightly lop sided 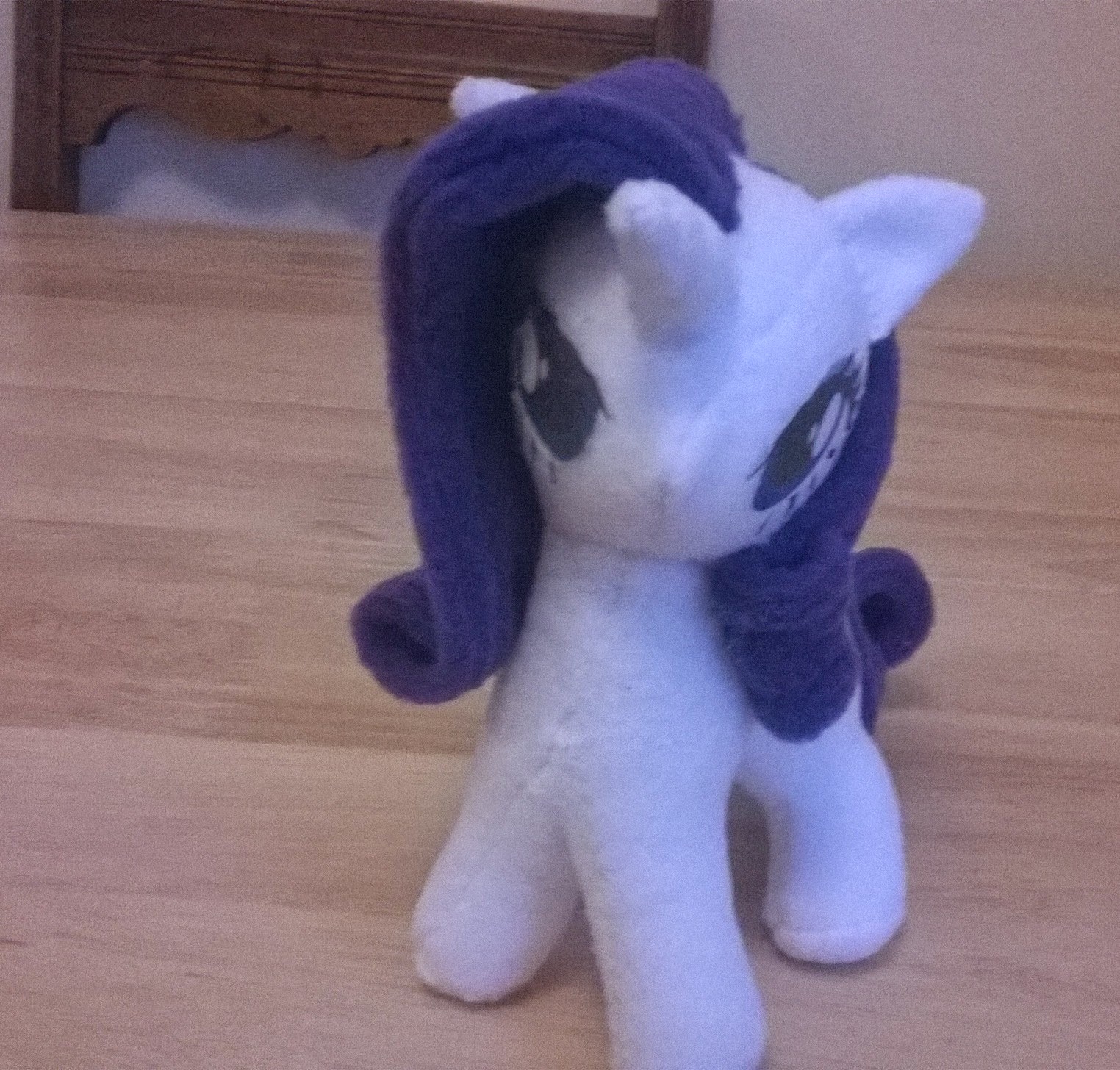 An overly 'cute' ewok for the littlest niece. I think his ears may have turned out a little on the large side. 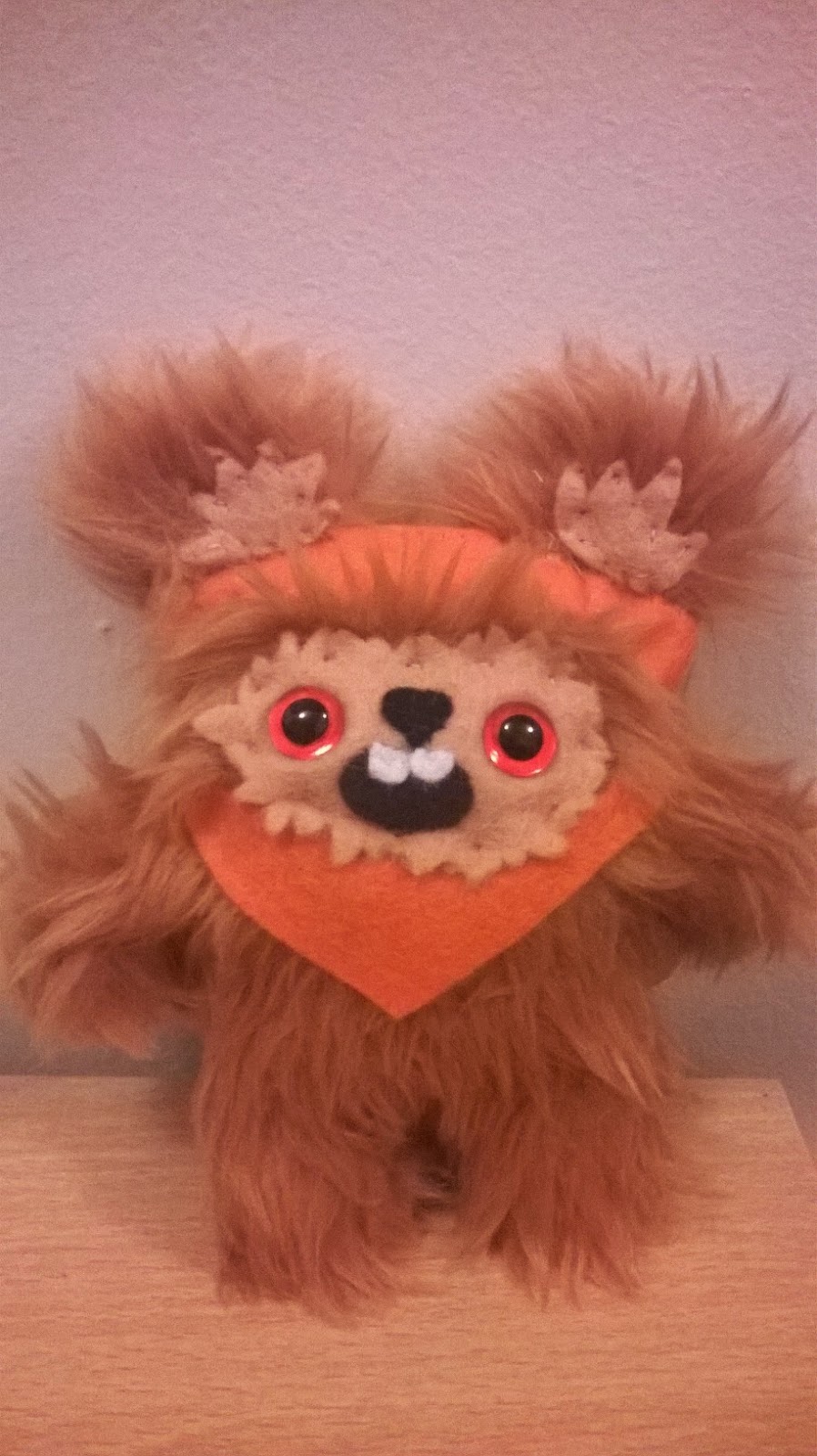 And just so, when my brother showed up I could say to my parents "you didn't even bring your son a present after he travelled all this way?" a Walter White plushie for Alan. 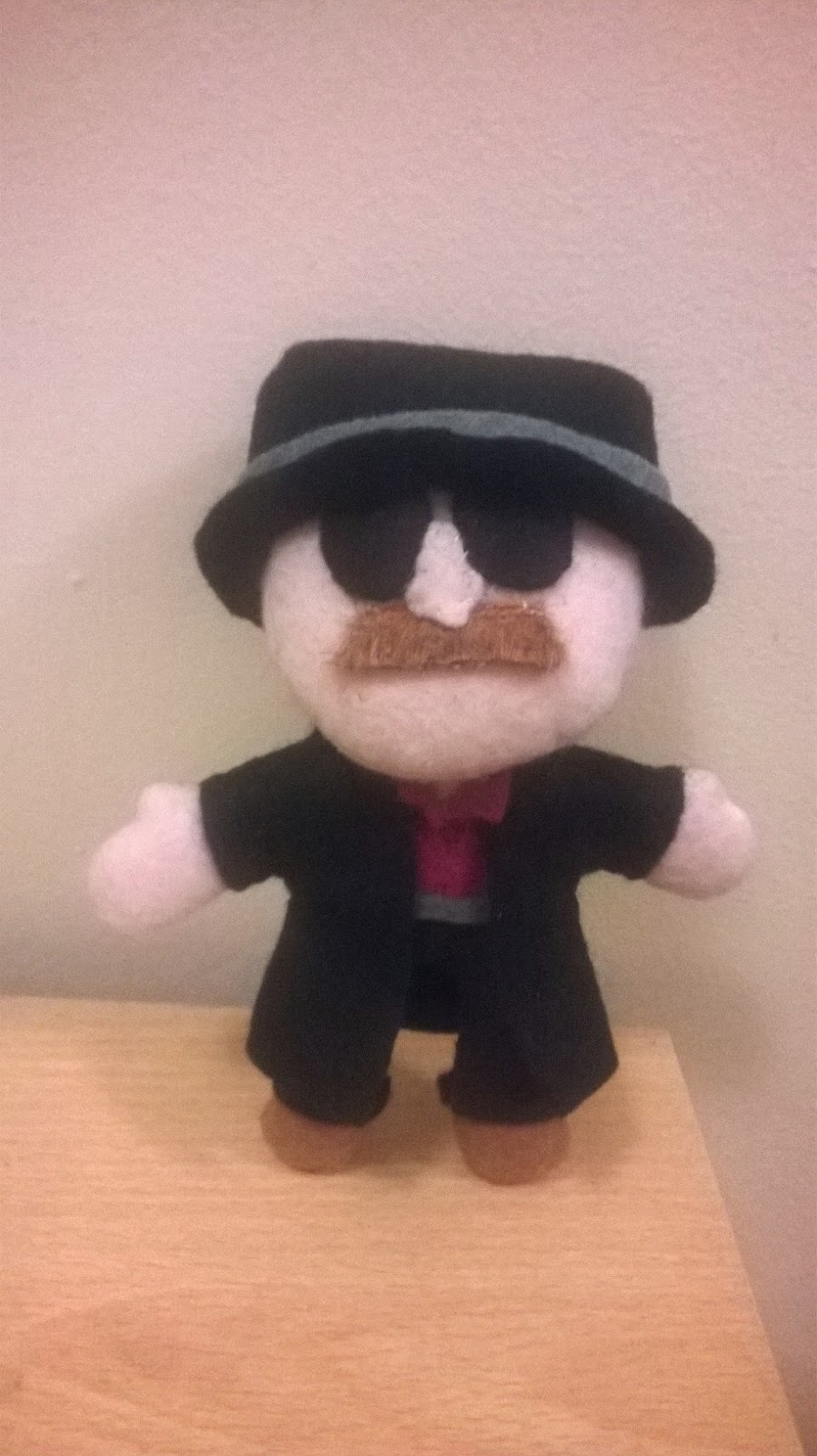 Only one more present left to show you and then we are all done for Christmas!


Posted by minipoppy at 3:56 PM No comments:

Another Christmas present for someone who won't see it. This one is for a young gamer who likes Bioshock.  It is a fimo songbird - here's a picture of the bird in the game* for reference if you want to know what it looks like
Never did get the hang of Bioshock. Didn't help that I kept shooting at my health bar... 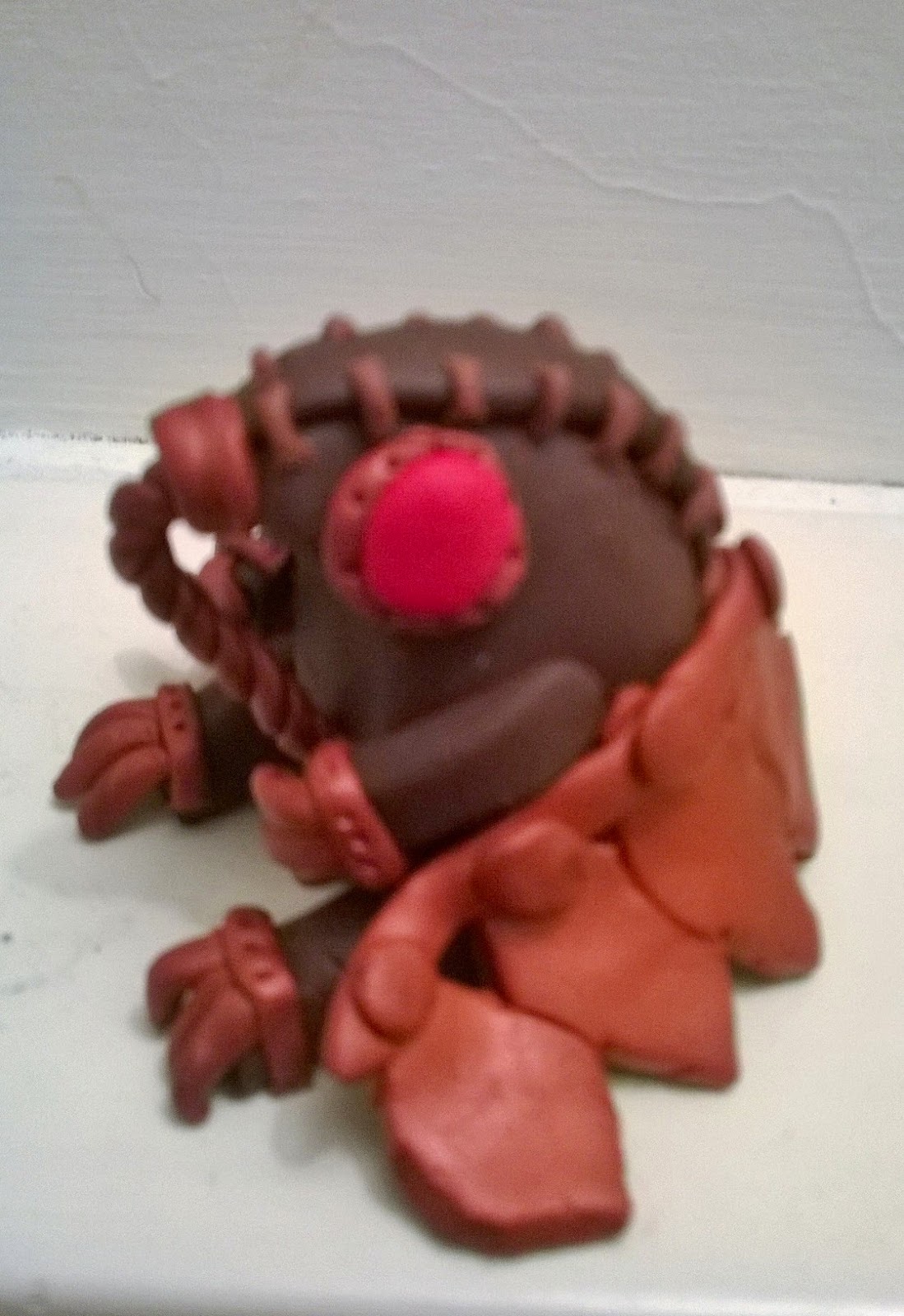 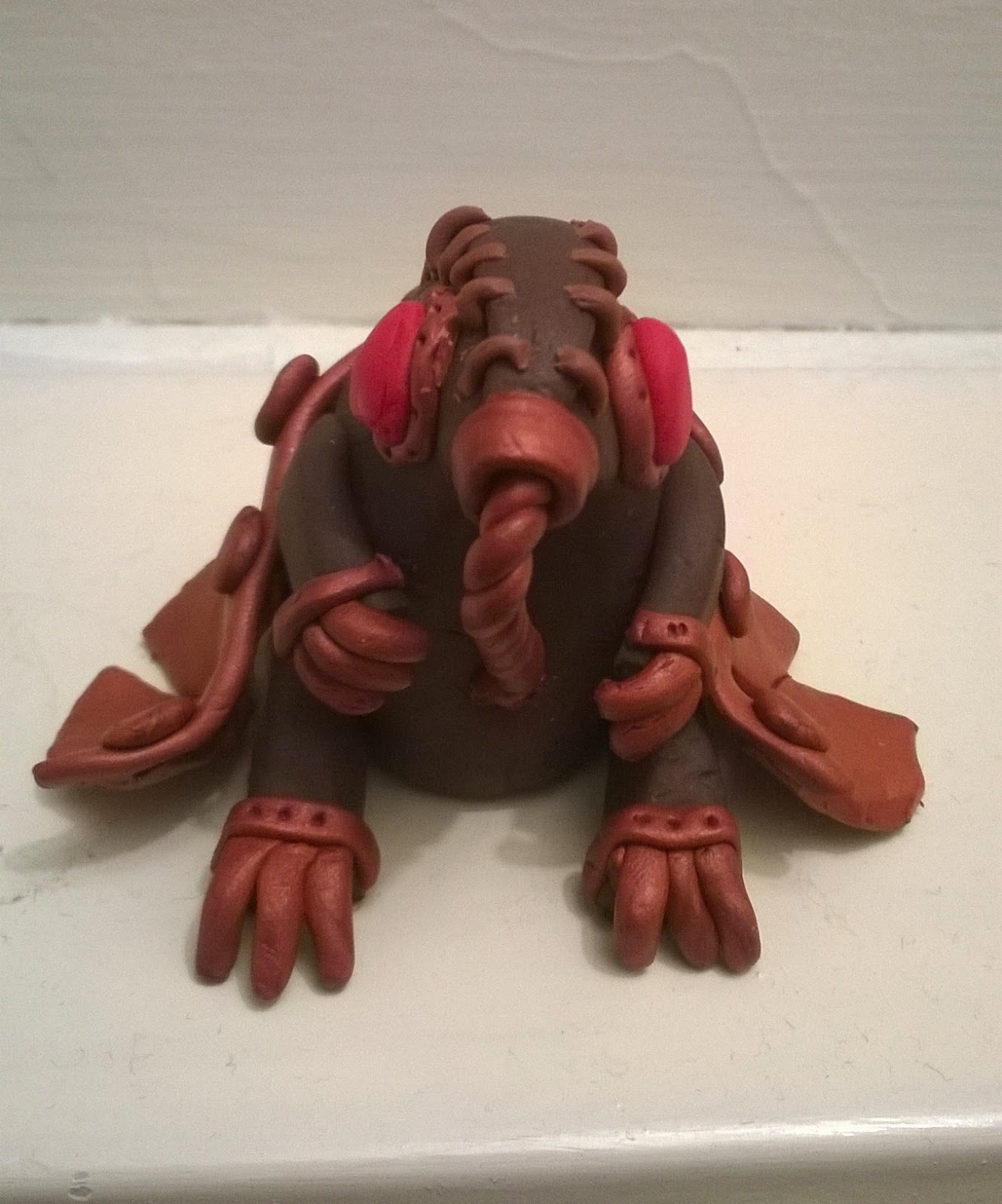 * To be more precise I styled it on the plush toys that are sold in the game that are modelled on the songbird.
Posted by minipoppy at 1:45 PM No comments:

I made this little fella last month and was holding off posting pictures until I'd given him to the recipient. But I don't think he checks my blog. (So if you are seeing this it probably isn't for you.) And I've got so many things that I am making I wanted to start posting them now 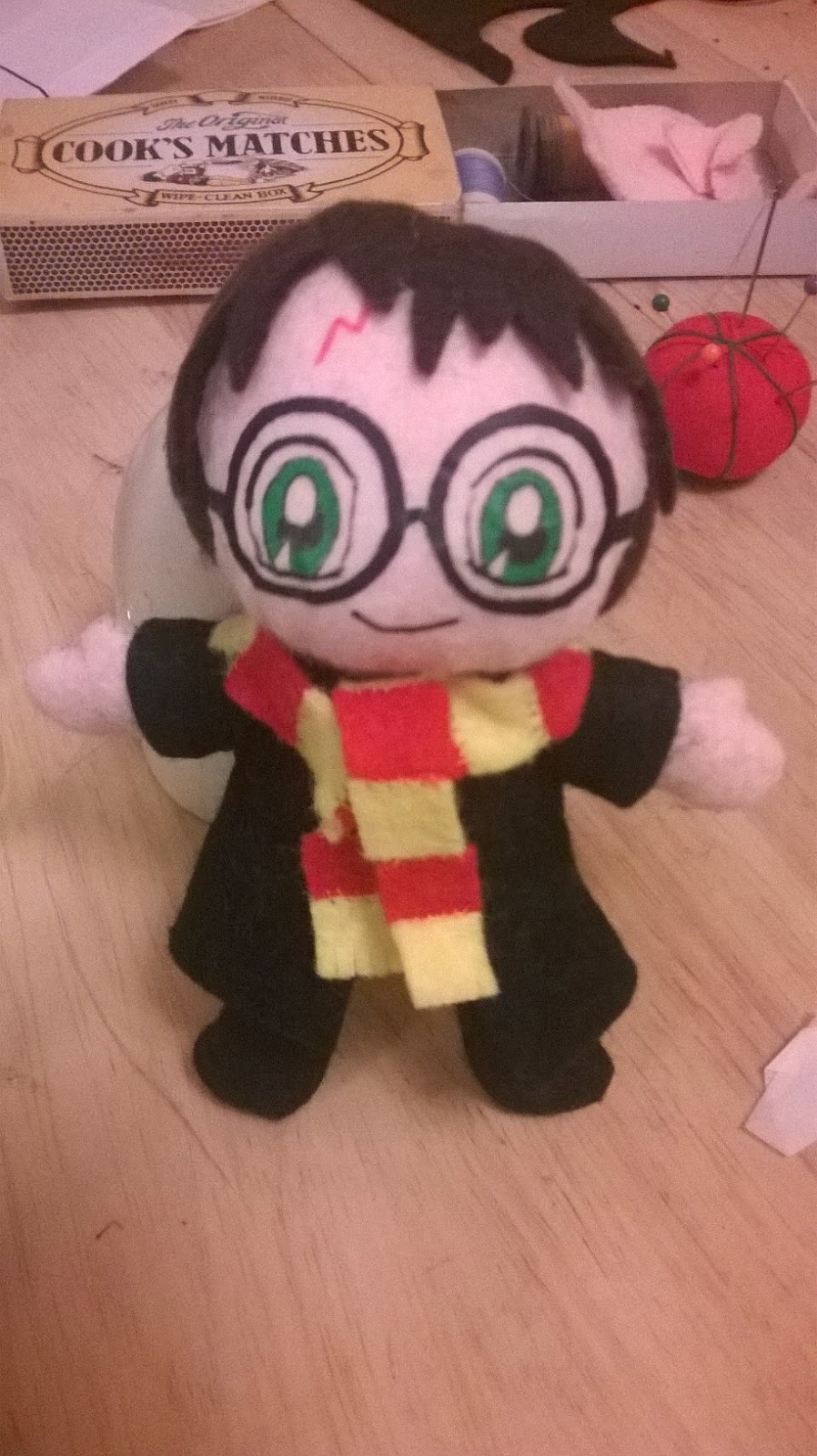 Discovering how to do eyes was the best thing that ever happened to me!

Also, bonus - Eric Northman plush for a girl at work. I made this in October, but I didn't think it was worth posting as it didn't really look very Ericy, more generic blond vampirey. I did warn her that this would be the case as Eric doesn't have any distinguishing features/clothes, but it didn't stop her nagging me for him. 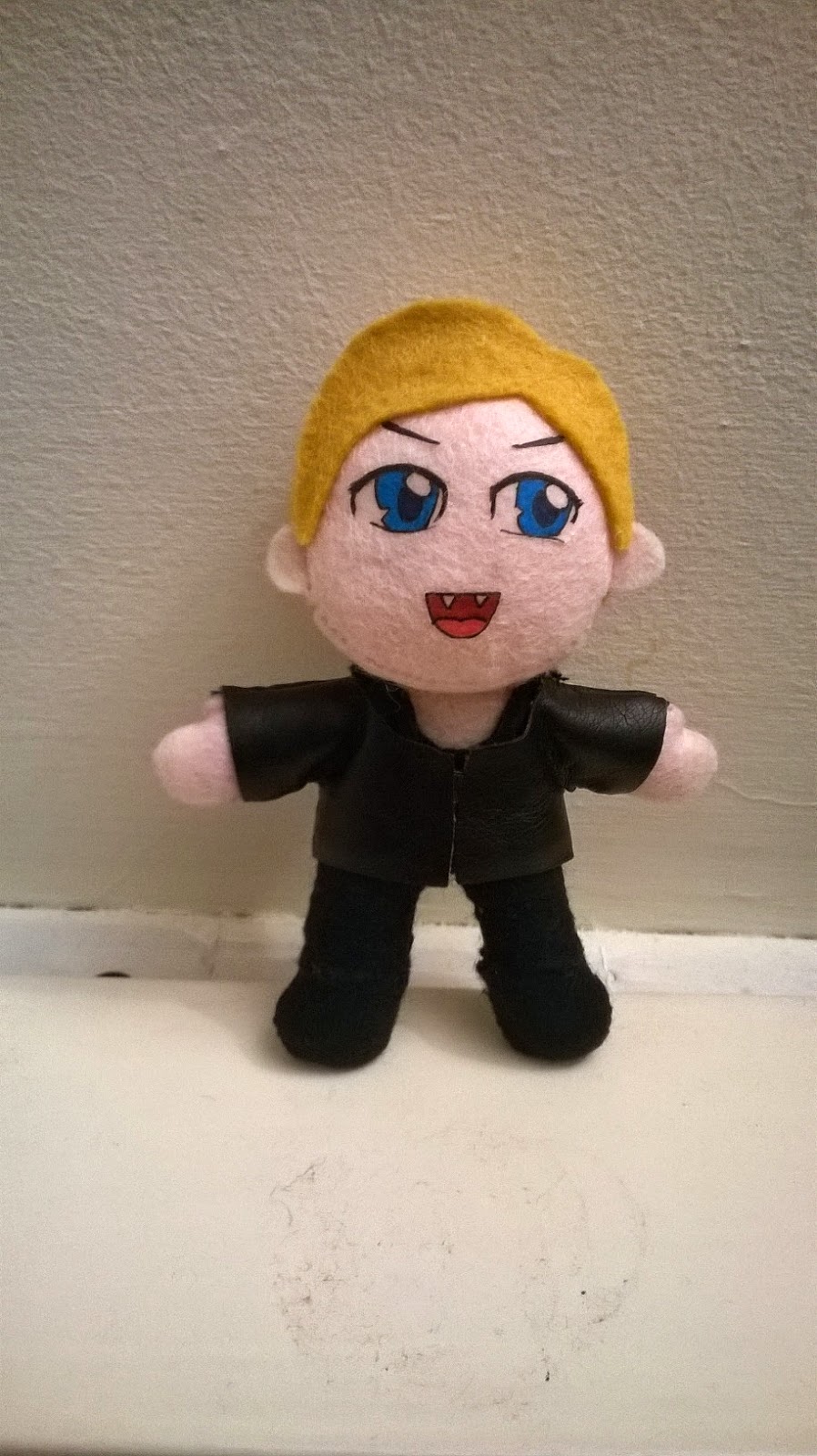 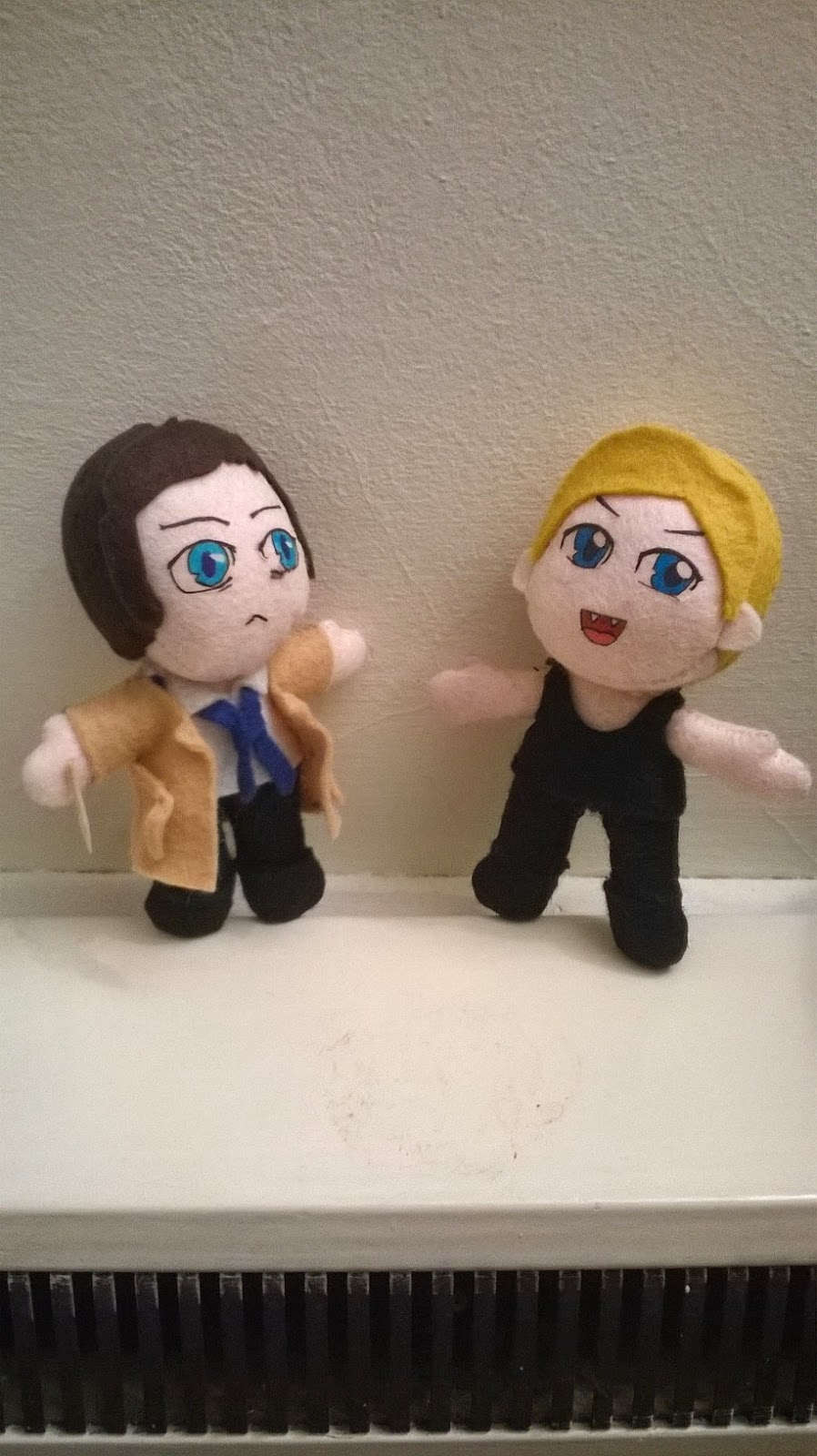 Posted by minipoppy at 12:52 PM No comments:

I can't believe it has been six weeks since I posted anything. Obviously November was rather busy with NaNoWriMo and since then I have been recovering and making Christmas presents (because I am a cheapskate!)

Okay, so I whipped this up last week. It is a poor copy of this jumper but at least mine is technically correct (her jumper has the wampa's arm cut off, even though Luke hasn't got his lightsaber yet.) 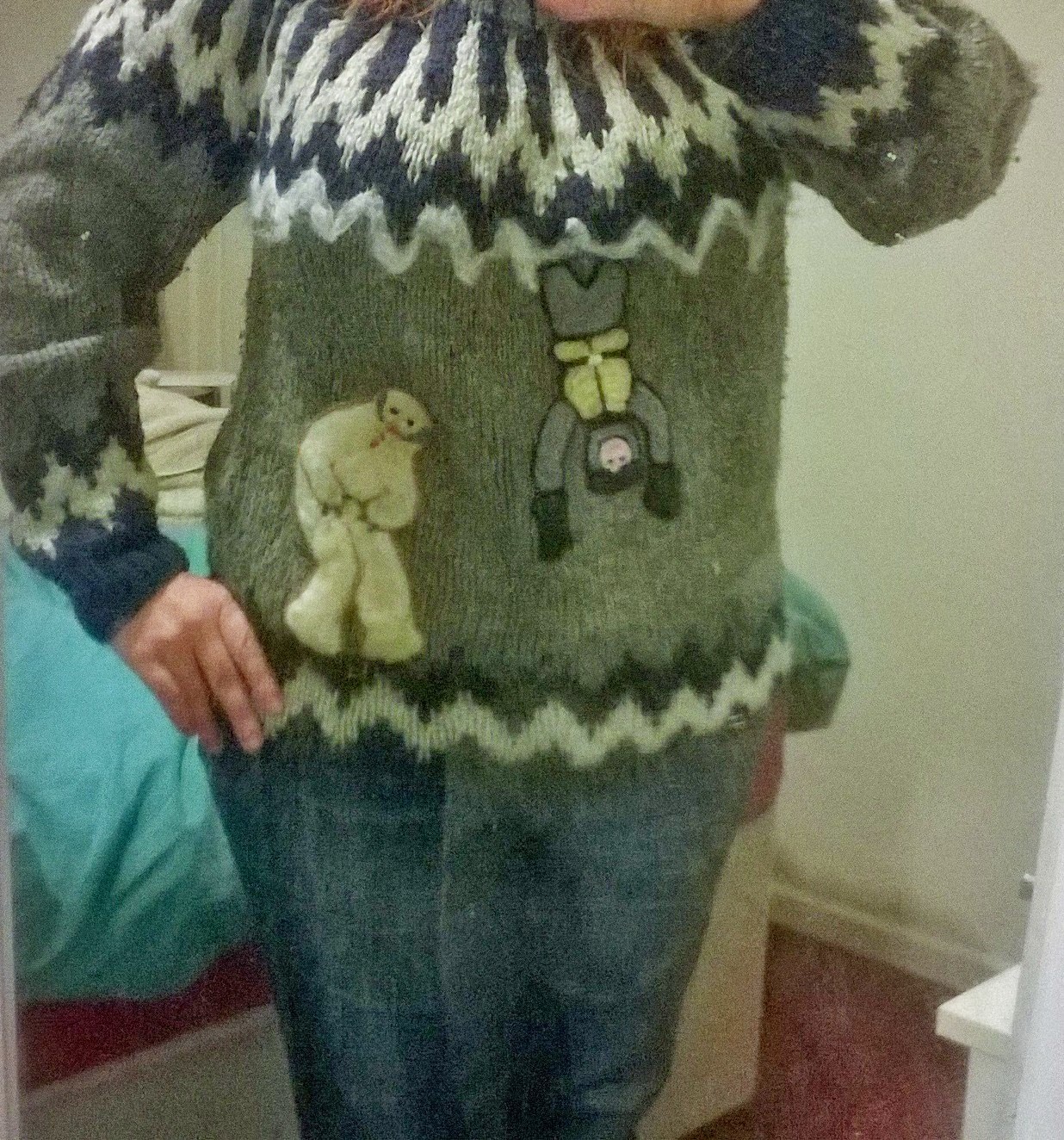 Here's Luke. I just noticed his left glove is a bit large. I will fix that before I wear this out in public (that's the great thing about needle felting!) 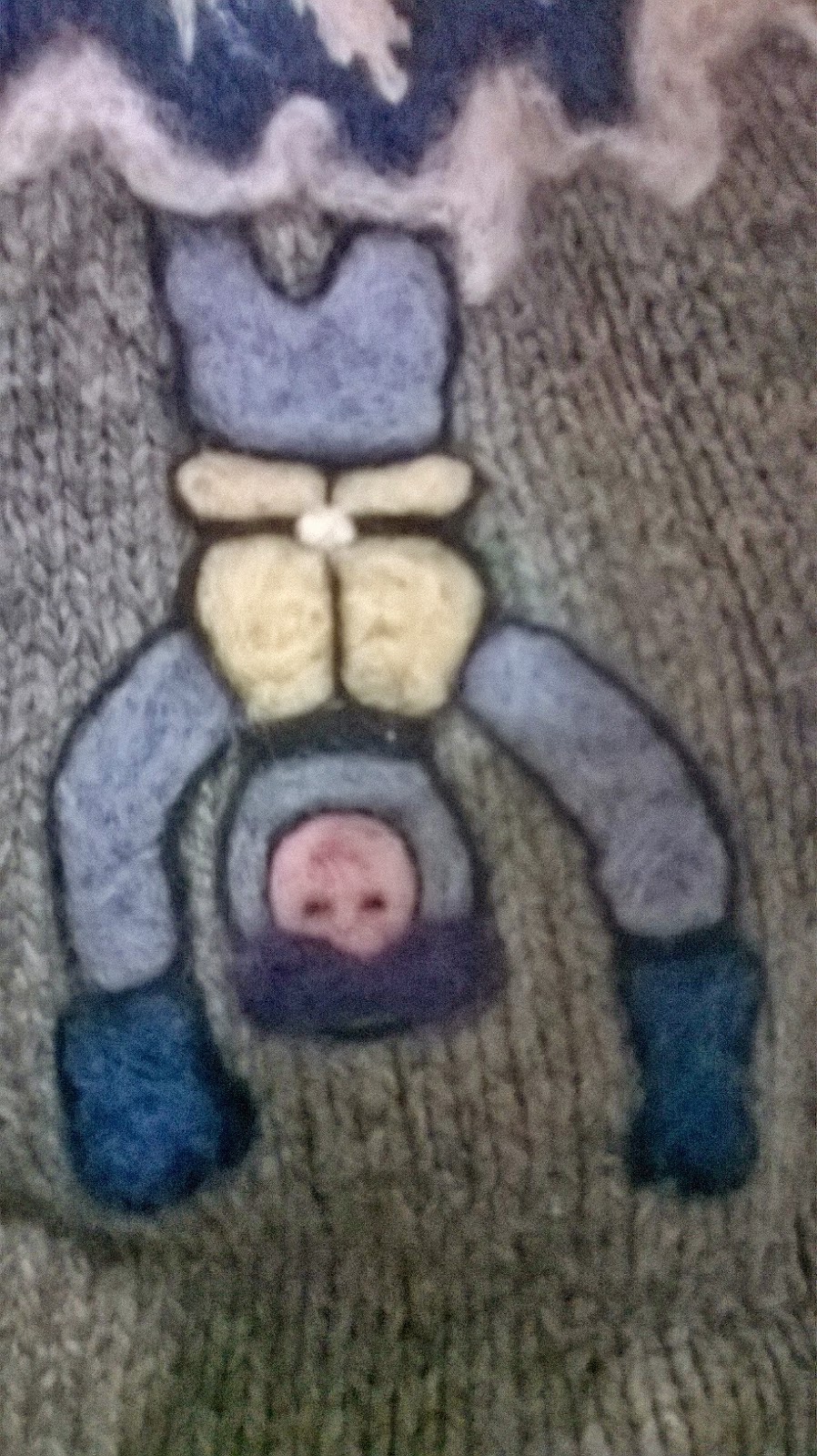 My wampa went a bit wrong, he looks sad and possibly like he needs a wee, rather than ferocious. Oh well.. 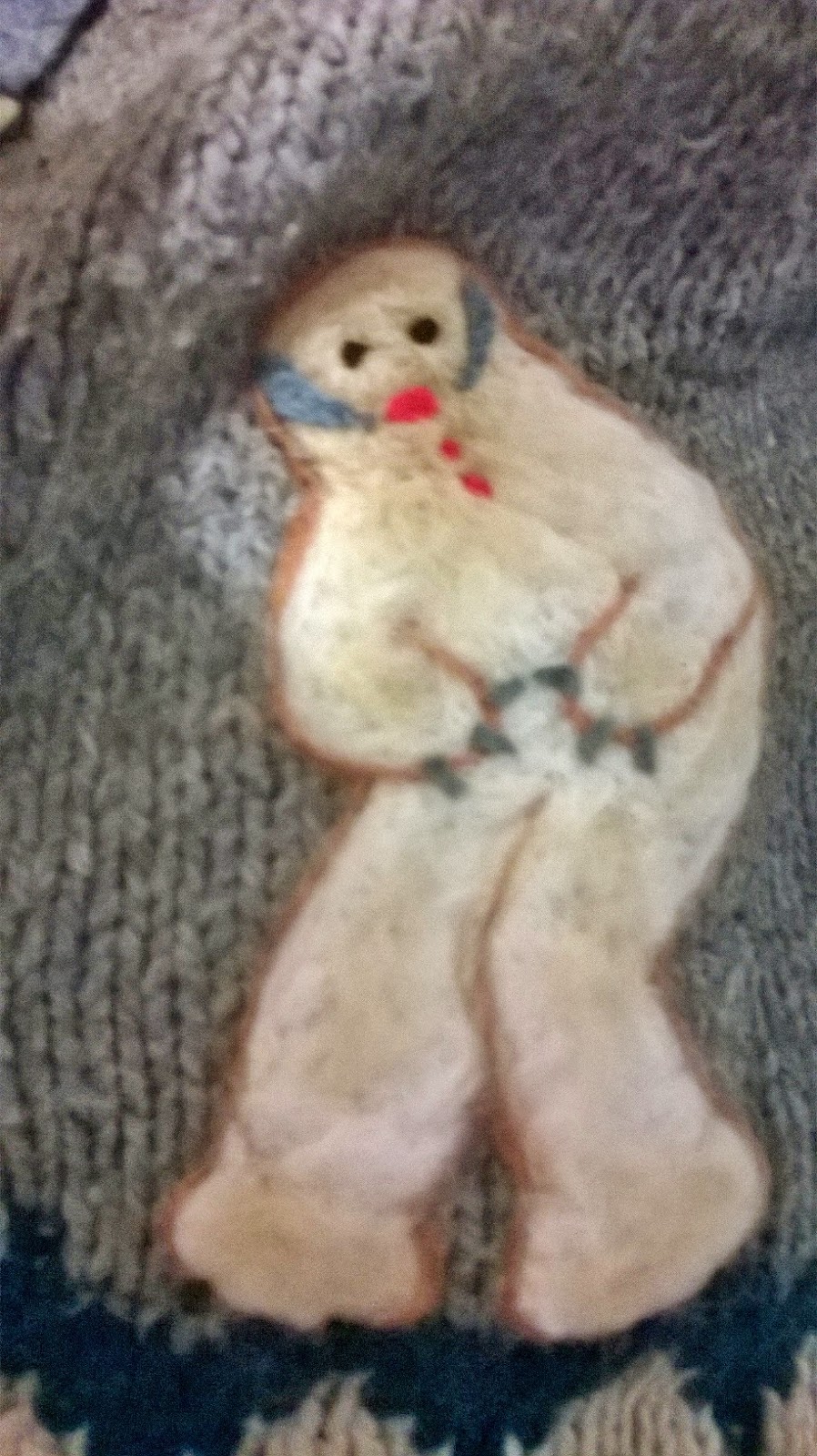 Posted by minipoppy at 6:24 PM No comments: