A random selection of sewingy goodness

I said I would post something every day as I have lots of things, but stuff got on top of me. So have it all in one go.

First up Domokun, (or meatboy). He acts as a keyring, but has a secondary use holding a spare bag for you (I pulled it out a bit to show you but the bag does fit). 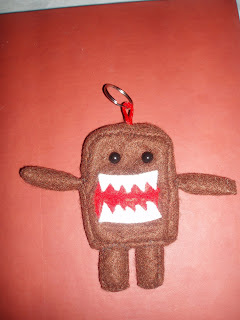 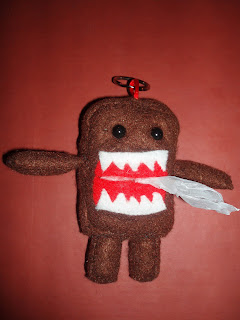 With what is now genuinely the last of the brown fluff, a little card holder. I do love my wookie crafts don't I? 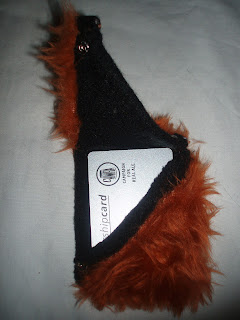 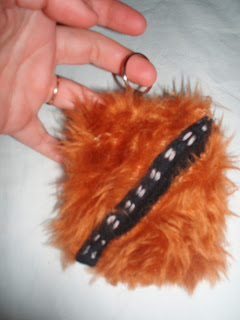 Using the idea from this instructable I made a couple of little pin cushions. The idea being using a bottle cap as a base. The one with the strap is supposed to be vaguely cupcake-like, thus the 'sprinkles' on the wrist strap. 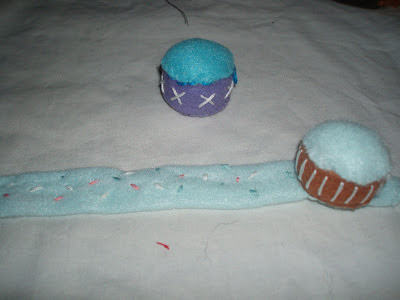 It is actually pretty useful having a pin cushion on your wrist. 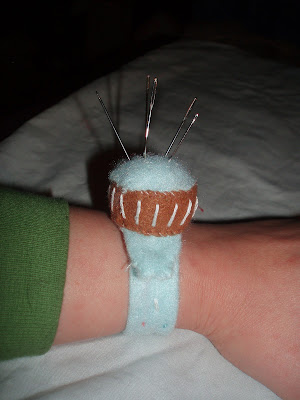 And finally, because I've not been in the best of moods this week - a party turtle! Because party turtles cheer everyone up. They only take an hour to make, so I might make him a friend at some point. The more eagle eyed of you out there might notice that PT is wearing an orange and red cone hat exactly as the pigs and I did for their birthday last year. This is coincidental, don't worry I am not planning to photoshop him into the birthday pictures in an attempt to make it look like there were more guests than there were. 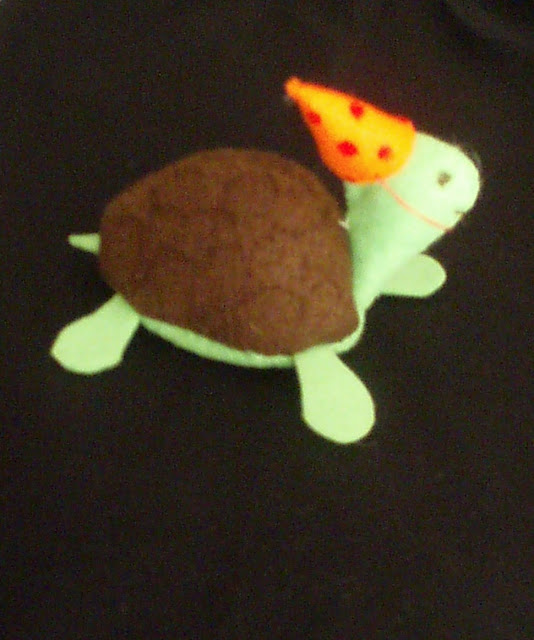 Posted by minipoppy at 7:09 PM No comments:

Hardly seems worth doing a whole post for one little keyring, but he *is* kind of cute, plus I said I would give you a post every day this week.


I had to cut more than 3/4 off the length of the black fur I had, to make sure he wasn't ridiculously hairy, which seemed a shame. Not that it used very much material. On the other hand, for trimming such a small amount of material, it is amazing how much black fluff I ended up with up my nose, down my bra, in my ice cream which was safely in a tub in my freezer, between my toes... you get the picture. Black fluff eats Christmas tree needles for breakfast in the getting-everywhere sense. 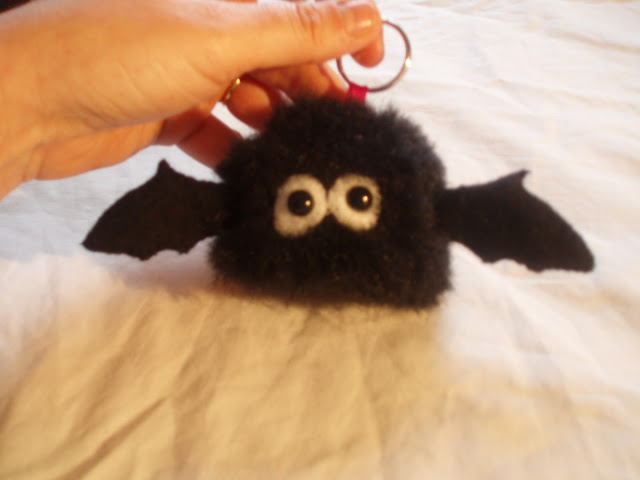 So, I've been wanting to buy (at least one) clock for my house, but I wanted something a little kooky rather than just a boring tick tock. This has been going on for about 3 years now, and I suspected that nothing would live up to my expectations.

Then I saw Alantronics on Etsy. Go check out his shop, it is great. I was almost tempted to buy one, but I wasn't going to spend loads of money on shipping from America. So, in the end I did a blatant rip off of his Marceline clock*. Not having woodworking tools, I used cardboard, with a second layer of cardboard for her hair to make it 3D. It is nowhere near as good as the original, but I'm quite proud - the cardboard was some I had lying around at work, the paints I had, so the only cost was the clock mechanism, which I ripped out of a very cheap (£1.49) clock that I bought at the local nasty cheap shop. So,  in fact the most expensive part were the batteries!

Well, it will do me for a while anyway, and when I get bored I can throw it away guilt free, or make a new design. 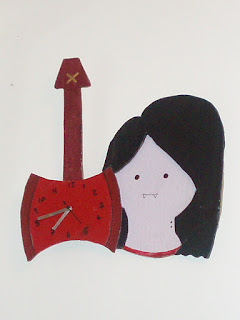 * I think that is okay netiquette-wise as I am not selling it
Posted by minipoppy at 8:14 PM No comments:

I made a practise vinegar cake, and as promised by generations of the Cooper family it was very nice. Also, I wanted to play with my Wilton cake decorating tools that I got for Christnas, so - pretties on the top! They aren't advanced or anything, but it is a start. 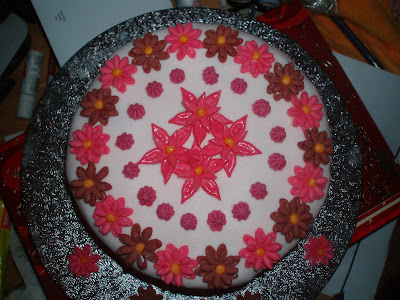 You can't really see the embossed band of pink along the bottom, but it wasn't very exciting. 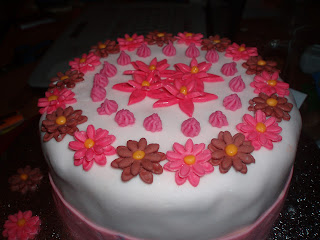 And, because what blog entry is complete without me mentioning poop - unicorn droppings. It was supposed to have sparklies and stars etc on it to make it extra unicorny, but I didn't want to go silly. I'm going to call this rainicorn, or nyan cat poop. 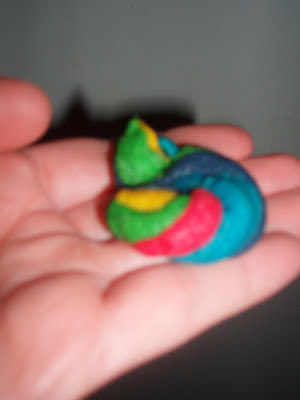 I wonder if animals can use the bristol stool chart or if they have their own. 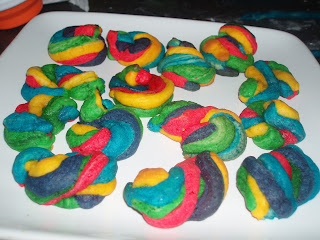 Posted by minipoppy at 5:32 PM No comments:

I've been thinking about this for a while and am really pleased it worked as I'd imagined.

Look! Look! It is a Beaker shoulder bag. 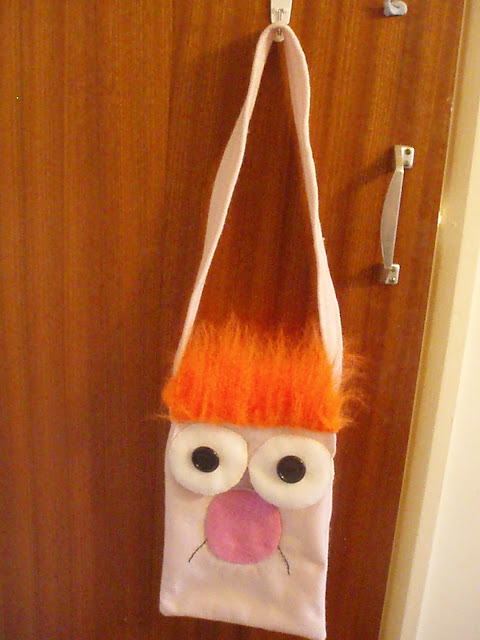 So, as you can see, the hair and eyes are part of the front flap. My original plan was to make it so that you had to button the flap up to see the black button pupils but decided against, so it is closed now with poppers. 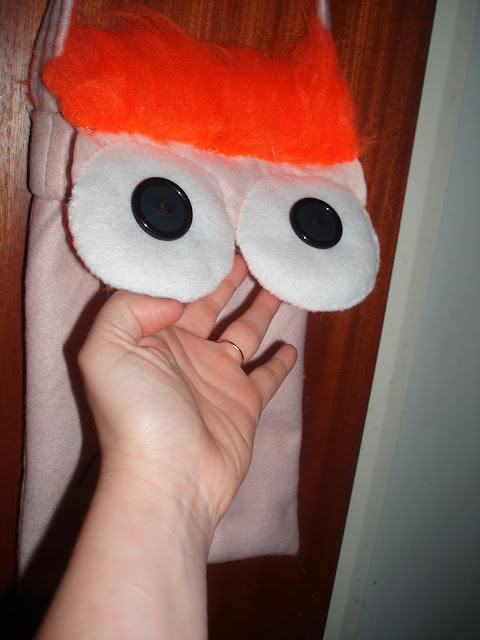 But that is not all folks! His nose is a little pocket for cards and the like. I know! Right? 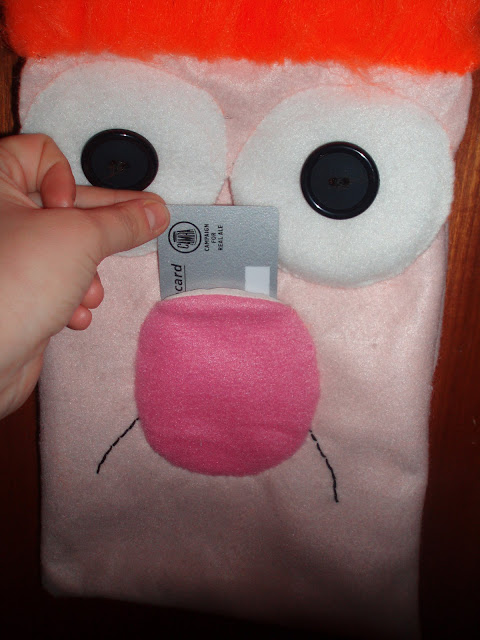 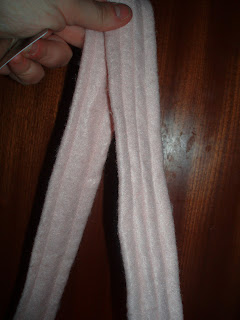 Posted by minipoppy at 1:32 PM No comments: