In my (now) otherwise quite lovely lounge there is a box full of electrical things. Except this box doesn't have a cover on the front but attempts to tastefully hide itself away with a net curtain. Let me show you. 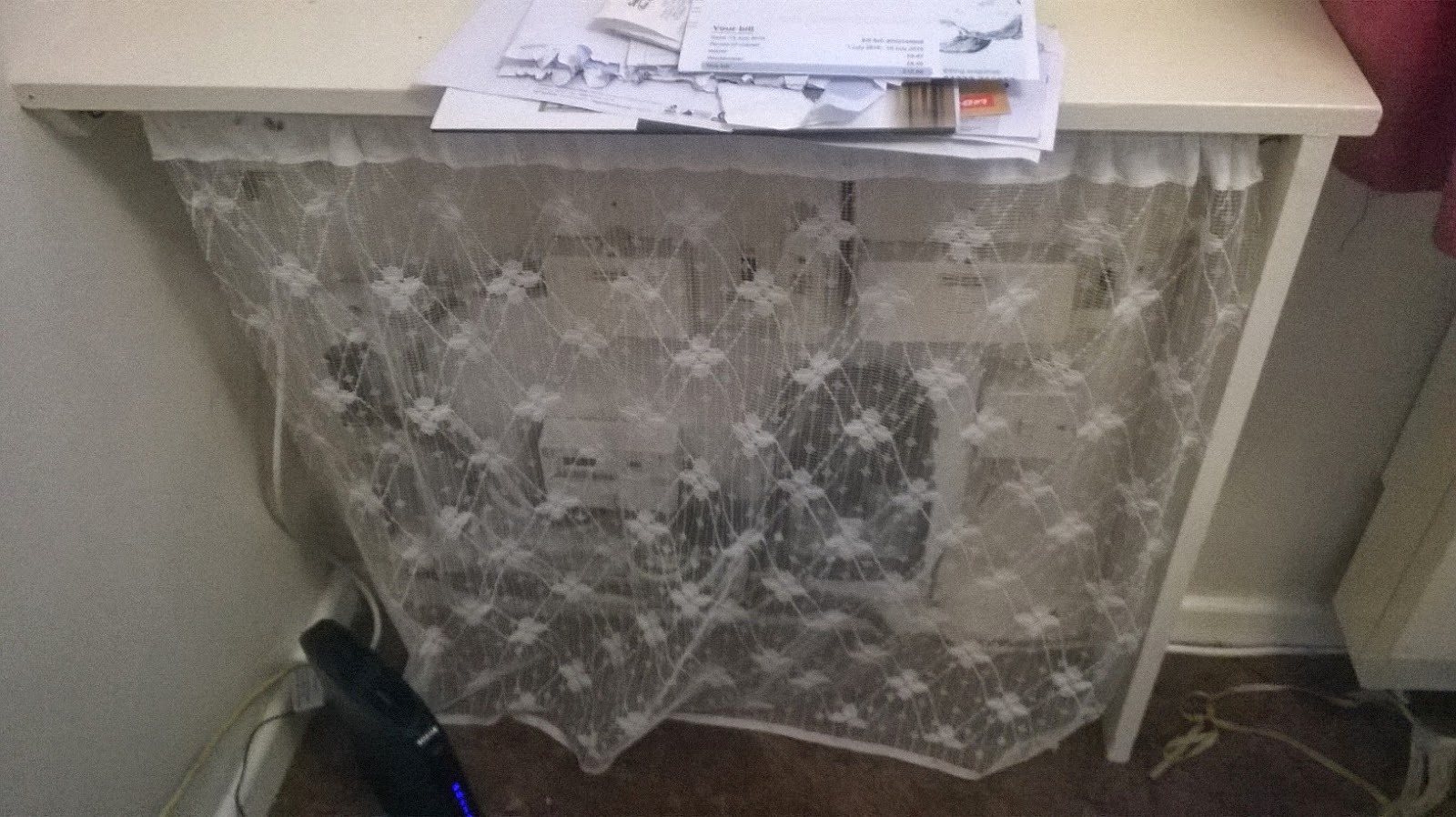 Even when I was looking around the place before I had decided to take it I looked at that net curtain and thought well, that's got to go.
Apparently the number of people I know who are both old and cool enough to actually recognise Manic Miner can be counted on one hand. I don't care - I love it! 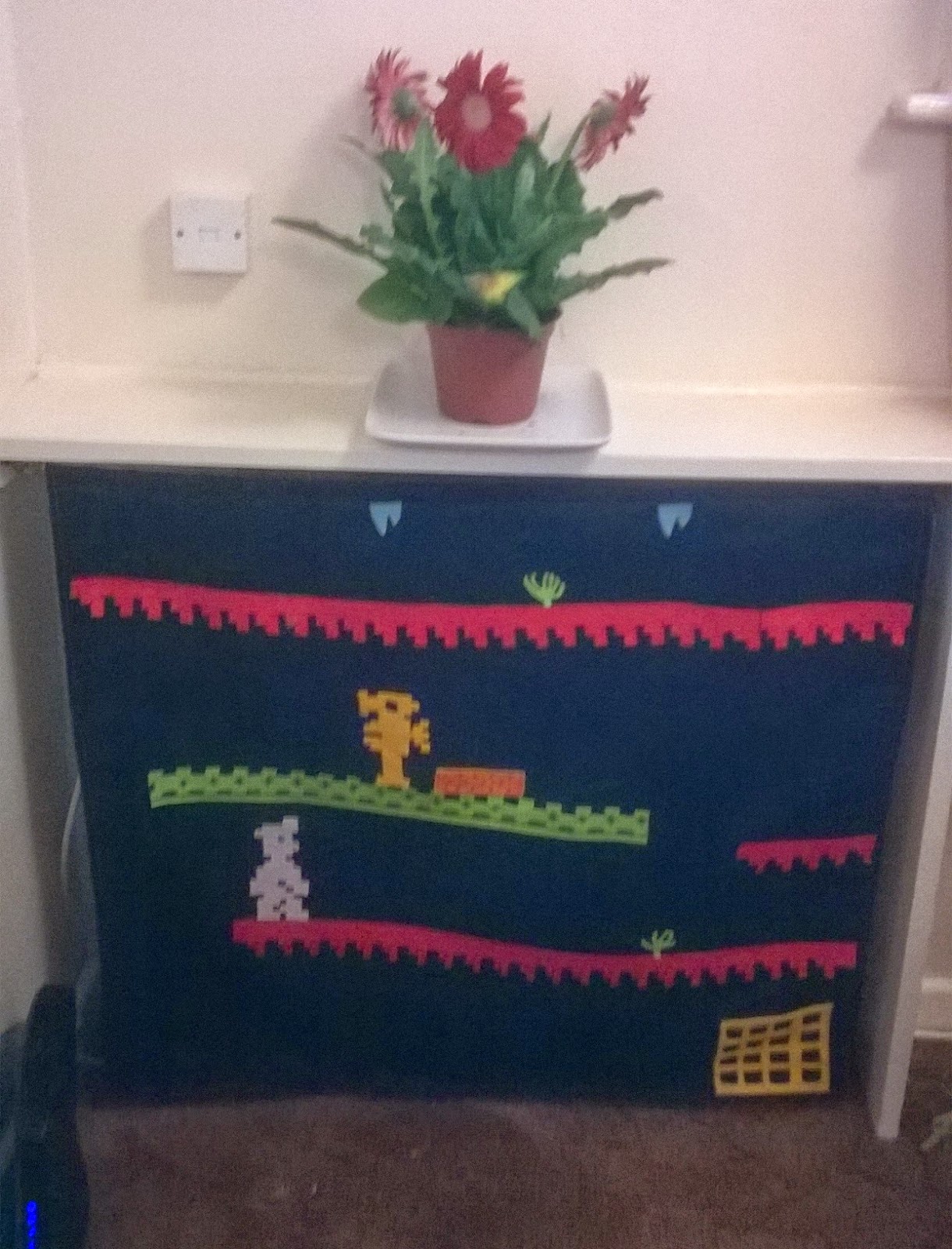 Making the little cuts in the flooring took quite a long time - at least three Buffy's worth. And in fact fans of the game will notice that this is a rather simplified version of the Central Cavern and that he has already collected all the keys. Meh.

Here it is laid out 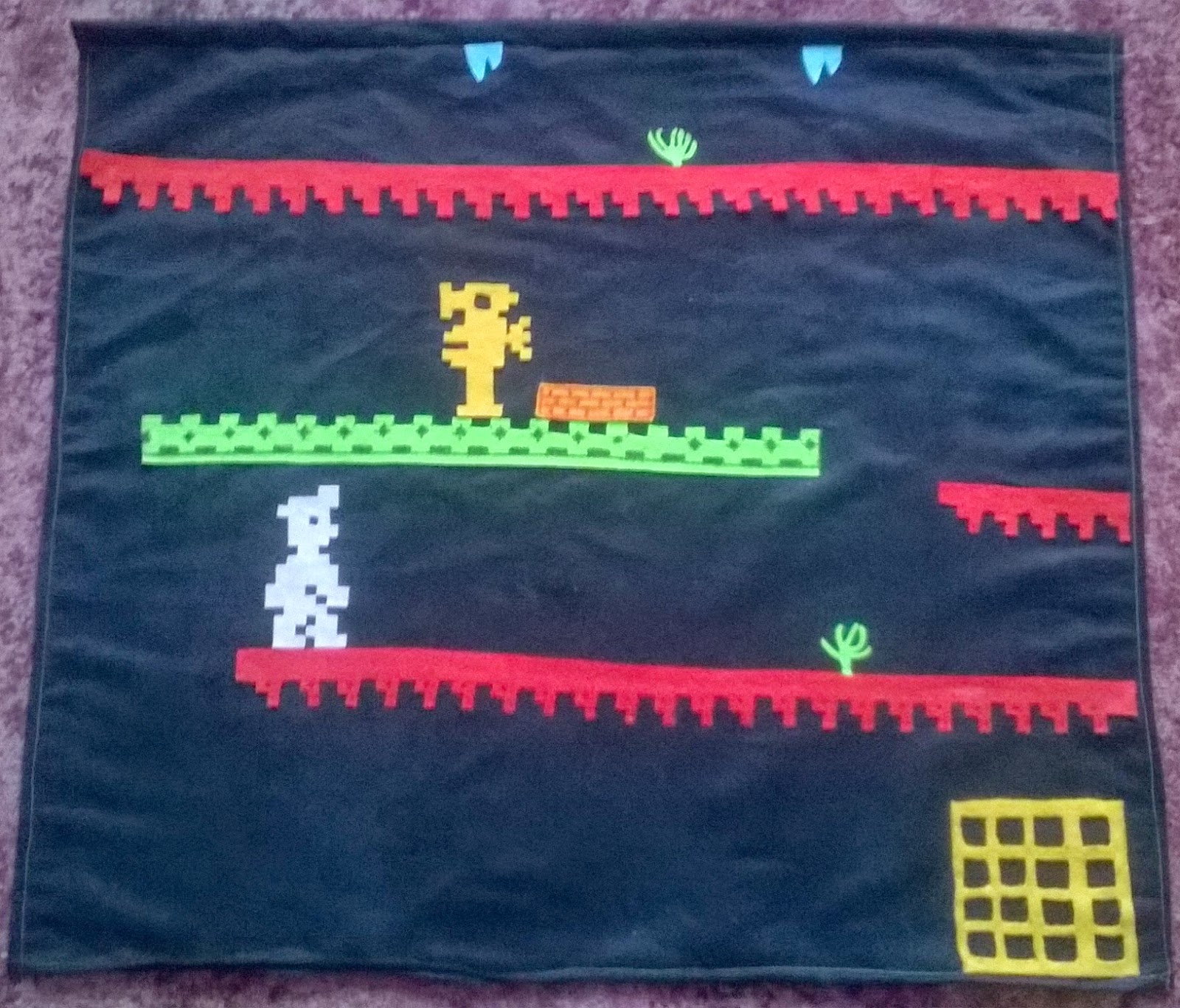 Posted by minipoppy at 8:15 PM